If Fernando Arnaiz of Roche Pharmaceuticals had his way, the power of Kenyan mobile phone banking might soon be harnessed to health insurance schemes to finance treatment for cancer and other noncommunicable (NCDs) diseases, treatments accessible to only a tiny proportion of people in Africa today.

Arnaiz is part of a unique team at Roche that is working across Africa, Asia and Latin America, to strengthen the back end of health care finance systems – co-developing innovative health finance and insurance schemes that can support treatment of cancer and other non-communicable diseases.

The pilot projects identify mechanisms that can be disruptive (in the good sense) upending persistent barriers to NCD treatments. These are solutions that people in developing countries want and need –and go beyond the range of the classic primary health care treatments for infectious diseases and maternal and child health that have been the focus of global health policy for the past half century.

“We think our approach is quite unique,” says Arnaiz, Roche’s senior health systems strategist. An energetic Argentinian-born health economist, he talks with fire in his eyes about the need to improve access to treatment. 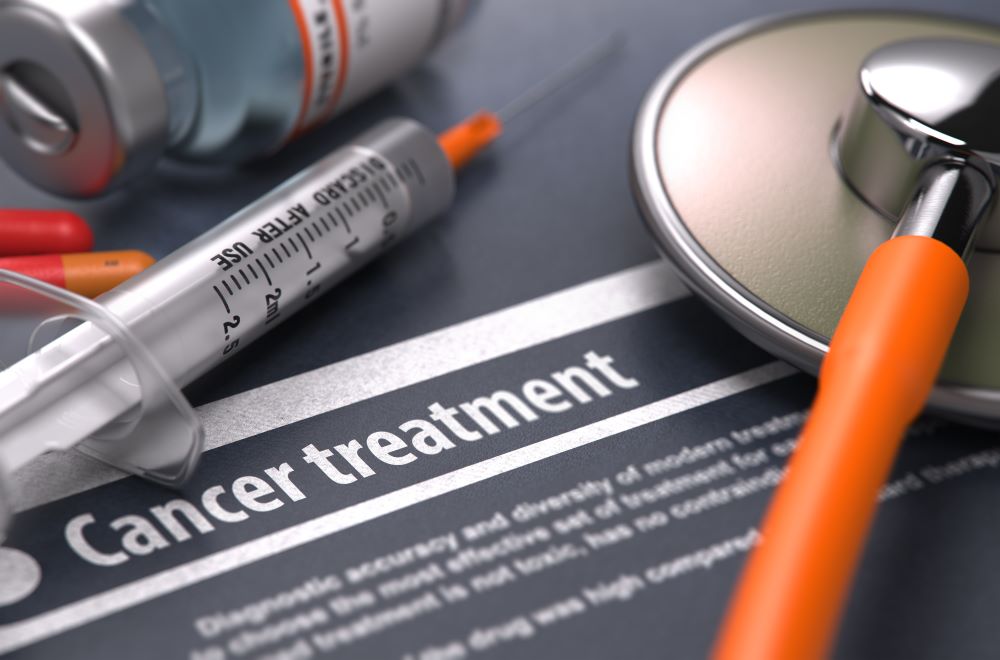 “All health systems in emerging markets are struggling to get innovation to patients. Our mission is to support development of health systems, and as part of that, to find new ways to fund and finance access to innovation.”

In the wake of Monday’s landmark commitment by UN member states to extend Universal Health Coverage to everyone on the planet by 2030, financing such an ambitious aim is a key challenge facing health systems. And finding new formulas to finance prevention and treatment of the leading NCDs will be key insofar as 82% of NCD deaths now occur in low- and middle-income countries. That includes cardiovascular disease, respiratory disease, diabetes and cancer.

The formulas that Arnaiz and his team are exploring are flexible and tailored to specific health system needs. But the goal, Arnaiz says, is to collaborate on solutions that can be expanded widely and provide models for other countries.

“Internally we have three rules,” Arnaiz says. “Whatever we do, it has to be scalable and to be sustainable. And we want to work closely with our public and private partners to make sure that we are supporting the broader [health] system.”

To that end, Arnaiz and his team of access colleagues around the world are talking to a very broad range of partners: “It could be insurers. It could be the public health system. It could be banks, or mobile health and tech companies, like in Kenya,” he says.

Indeed, a recent World Bank report sheds a sharp light on the huge gap between aspirations and reality in the UHC agenda. The report, High Performance for Universal Health Financing, estimates that by 2030, there will be a US$ 176 billion/year shortfall in funding required for health services in the world’s 54 poorest countries, including low income and lower middle-income nations.

Some health policy advocates have argued that new levies on health-harmful products such as tobacco & alcohol; unhealthy foods like sugar-sweetened drinks; and “pollution taxes” on fossil fuel and extractive industries, could fill the gap in financing public health system expansion.

But the World Bank report sheds a sober light on the potential for such taxes to finance health systems. Even if low- and middle-income countries taxed all three items more systematically and effectively – a US $114 billion/annual gap between needs and resources will remain in 2030.

This highlights a need for other creative solutions. The report cites Japan as one example. In the 1950s, still recovering from the devastation of World War II, the country established a system of employment- and household-based insurance, thus reaching the informal sector and including publicly subsidies for low-income groups.

Last summer, Japan hosted a first-ever meeting of health and finance ministries at the G-20 Summit in Osaka (28 June), which highlighted the need for greater attention to health finance issues.

A communique by G20 Finance Ministers issued ahead of that meeting stressed that “engaging the private sector can be an important contribution to development programs in health service delivery and financing.”

Given the constant cash shortfalls in developing country health systems, financing NCD prevention and treatment is a particularly neglected topic. A Lancet Global Health blog called it “one of the defining health challenges” of the SDG era.

And cancer stands out as one of the more neglected NCD priorities due to its perceived costs and complexity, adds Yates, who is Chatham House’s Director of Universal Health Coverage, in a 2017 interview where he argued for better incorporation of cancer treatment into UHC.

Currently, over three-quarters of cancer deaths now occur in low- and middle-income countries, according to the latest data of WHO’s International Agency for Research on Cancer (IARC) – even if cancer incidence is still higher in the developed world.

“We face a dual burden of diseases in Africa. We are still managing HIV, TB, malaria, and then comes noncommunicable diseases.  For government, NCD priorities are hypertension and diabetes. Cancer is a white elephant in the room,” comments Jacqueline Wambua, Head of Government Affairs for Roche Kenya, describing a situation common to other African health systems.

The first Roche initiative in the funding solution space was 11 years ago in China, at a time when public sector coverage for the treatment of chronic and noncommunicable diseases was still very sparse. Roche’s local organization launched several collaborations with private health insurance and reinsurance companies in Jiangsu and Guangdong provinces that eventually contributed to expanded coverage in the public health system.

“The situation was pretty dramatic in terms of access,” observes Arnaiz, describing the treatment landscape at the time. Over 4 million Chinese a year were diagnosed with cancer, and yet a full treatment course of cancer medicines could cost ten times the average worker’s annual salary.

In Jiangsu and Guangdong provinces, however, there were state-sanctioned ‘health savings accounts’ where households could set aside funds to pay for extra procedures should a need arise. These plans offered an entry point for Roche to work with private health insurers on strategies to transform these funds into bona-fide insurance policies that could cover more people; higher-cost procedures such as cancer treatment; and alleviate out-of-pocket expenditure.

Assessing and managing the risks associated with providing cancer treatment was identified as a key barrier for the Chinese insurance firms, Arnaiz says.

Risk management involves estimating the “pooled risks” of the population for contracting a disease against the annual costs, per capita and in aggregate, for a defined standard of treatment. This informs decisions on coverage that can be provided affordably – whether public or private.

“We started with a main player in the insurance industry, a re-insurance, to try to put into place a sustainable financing mechanism for the local insurance companies to rely upon,” says Arnaiz. “As a leading player in the health-care space, we were able to help catalyze changes that increased access to patients in needs.”

In 2015, after 4 years of working with almost 20 Chinese insurance companies on different models,  Roche and the insurers approached the Shenzhen Reimbursement Authority of Guangdong Province inviting the government to join a public-private partnership. Shenzhen thus became the first city in China where the international standard for breast cancer treatment could be widely reimbursed.

“It worked kind of like the Swiss insurance system where the basic package is guaranteed by the government, but the private companies could offer supplementary benefits,” says Arnaiz.

“This public private partnership showcased for the first time how much we can transform things in a positive way when both public and private sector have the same goals.”

The Chinese experience was followed by a second initiative in 2019 in Dubai, United Arab Emirates, “BASMAH”, targeting some 2.5 million foreign workers who had only partial insurance coverage.  Roche helped forge a collaboration between the Dubai Health Authority and the insurance company AXA.  Other similar Roche initiatives also are underway across Asia in Thailand, India, Philippines, and Bangladesh. In Africa, the focus is on Ghana, Nigeria, Egypt, and Kenya. 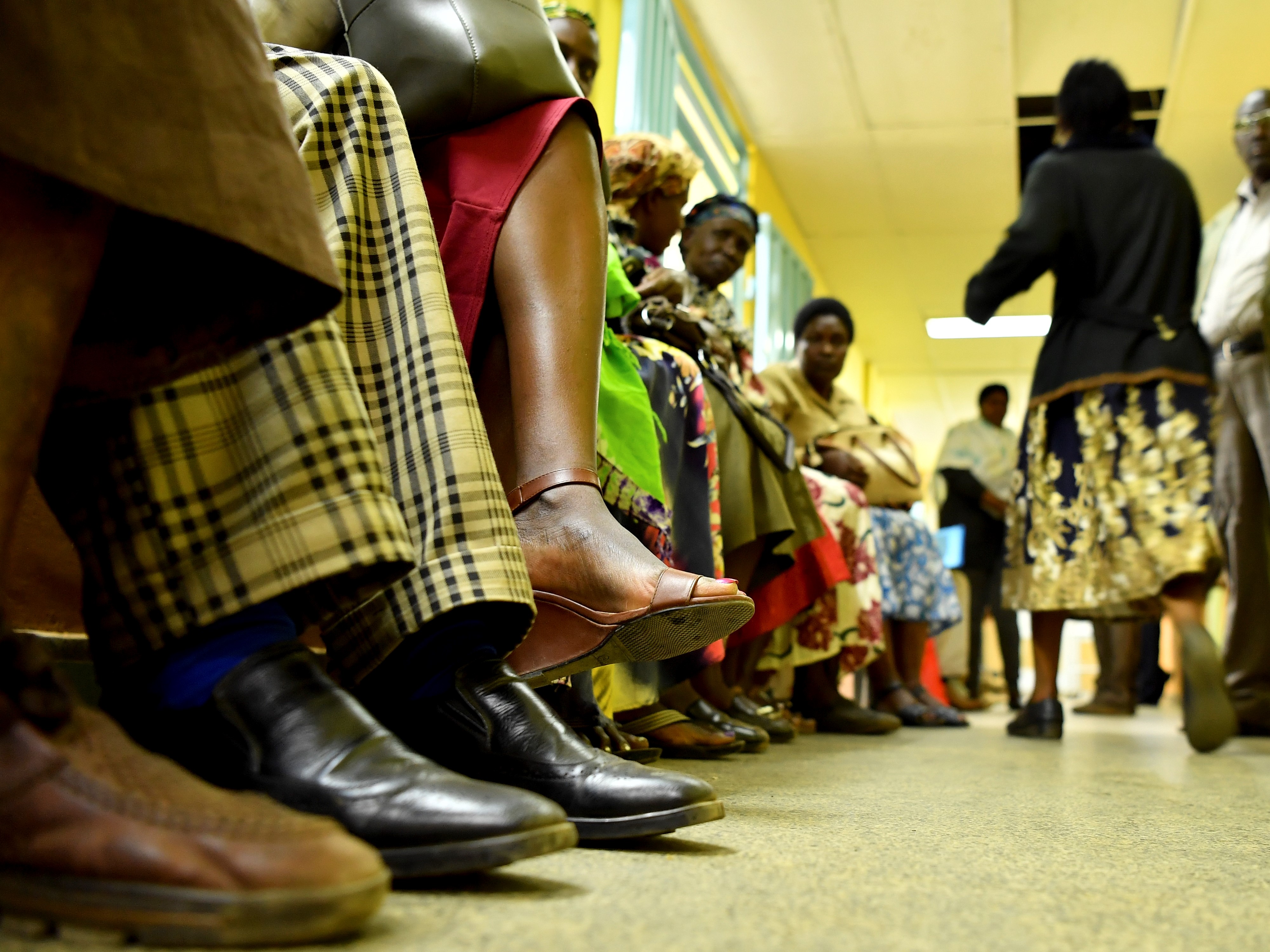 There are No Panaceas

Getting health care financing right is an oft-ignored piece in the puzzle of cancer prevention and treatment, and robust models will take considerably more time and work to develop. But finance is only part of the health ecosystem; clearly there are other elements to consider, Arnaiz and his colleagues acknowledge

Most low- and middle-income countries face a system-wide lack of infrastructure for NCD prevention, diagnosis and treatment, including a striking dearth of cancer services.

In Kenya, for instance, there are only two cancer referral hospitals and 20 oncologists for a population of 50 million. Out of the 5000 new cancer cases reported every year, only about 1000 are treated, says Wambua. Even more cases likely go undiagnosed since systems for basic screening and diagnosis are weak or non-existent in most areas. Following a 2016 Memorandum of Understanding with the Ministry of Health, Wambua is supporting a range of corporate social responsibility initiatives to address those issues, including training for Kenyan oncologists, nurses and surgeons; improve drug supply chains; and increase availability of basic diagnostic and treatment equipment and methods.

Industry leaders have begun to acknowledge the pricing concerns. At a Fair Pricing Forum in South Africa in May, Thomas Cueni, director general of the International Federation of Pharmaceutical Manufacturers and Associations (IFPMA) said: “We hear you, and we are sensitive to the debate about cost and pricing.  We all agree that innovation is meaningless if it does not reach patients.”

Says Arnaiz, “We are working intensively to develop access and pricing solutions that are adjusted to the capacity of the local health system. Colleagues in the global pricing team are supporting these initiatives with differential and more accessible solutions when it comes to pricing. We have to work so that these solutions are sustainable and affordable to the system.”

However, Arnaiz argues that Roche’s approach goes beyond jargon to address a complex array of barriers to NCD, and particularly cancer, treatment.

“I heard the term universal health coverage, maybe 1 million times,” he observes.  “But if you analyze deeply, you will see that even when countries pledge to reach UHC, that doesn’t necessarily mean that NCDs will be prioritized.

“My home country, Argentina, has pledged to UHC but 40% of people still do not have access to enough cancer coverage. In many cases the money is in the system but there is no political commitment to put in place mechanisms to implement coverage in an efficient way.”

His mission has been to help stimulate such commitments, step by step. “We started small in China until the system grew and was adopted by the government. And the minute we started with them, we committed to a decade of work,” he observes.

“The same for the Dubai in the United Arab Emirates, and wherever else we are working now.  “We are in a global role, whatever we do, should provide examples to our access colleagues and partners that can be replicated elsewhere.”