Meanwhile, political will is one of five key ingredients to achieving a broad-based system of accessible health services, noted Prof. Ilona Kickbusch, director of Global Health at the Graduate Institute, Geneva.

Yates and Kickbusch were among the speakers yesterday at a panel on Universal Health Coverage, hosted by the International Federation of Pharmaceutical Manufacturers & Associations at their 50th Annual Assembly, convened around the theme of Accelerating Global Health Progress.

“With private financing alone, you won’t get to universal health coverage,” Yates told his audience of manufacturers, trade associations and civil society. “You don’t get subsidies happening at scale in a philanthropic world … you really need the state…. What works is compulsory public financing, where the main mechanisms are social health insurance and general taxation.”

While today’s most successful public health models are indeed “hybrids” involving deep commitments from both public and private sector, the “golden rule in UHC is about public financing, recognising that moving to a public finance system is inherently a political choice,” Yates said.

User fees are inherently faulty as a finance mechanism, Yates added, “because poor people don’t buy health insurance,” and people working in low-paying jobs in the informal sector, which dominates the economies of many developing countries, have even more pressing priorities for survival that tend to preclude spending on health insurance.

At the same time, many developing countries have rich natural resources which they could tax to better finance public health systems – if only politicians can better appreciate the wide social and economic benefits of public health coverage, he said.

Yates cited Botswana as one good practice example; using taxes on diamond reserves to finance key public health expenditures. “I would suggest that Nigeria taxes its oil resources,” he added, as another example.

Indeed, twinning tangible and dramatic improvements in public health coverage with steeper fossil fuel taxes – or reduced fuel subsidies – is one way that politicians could score a double gain for health, in an era of mounting air pollution health risks and climate instability. If oft-controversial fuel price hikes were to be adopted in tandem with very visible improvements in health coverage and health systems, they are more likely to be politically acceptable, Yates noted.

“For instance, many countries subsidize fossil fuels, and that is quite foolish because it fuels climate change,” Yates observed. “At the same time, if you can spend some of those taxes on health reforms, then you achieve a win-win.”

Yates added that higher spending on health also should not be viewed as necessarily a bad thing.

“As people age, it is inevitable as a society that we will spend more money on health,” he said. “If in the UK we say that people are ageing and so we have to stop these socialized systems and let the market take over… that is crazy…. We need to see that it is a sign of a civilized society that we do spend more money on health sector, rather than letting the private sector take over.”

Yates said that there are examples of political leaders in developing countries such as Indonesia, who pushed for stronger, universal health coverage, and thereby achieved quick political wins. This kind of narrative needs to be sharpened and shared more widely. Although the road to UHC has been uneven, the Indonesia experience demonstrates how it has become a political asset. 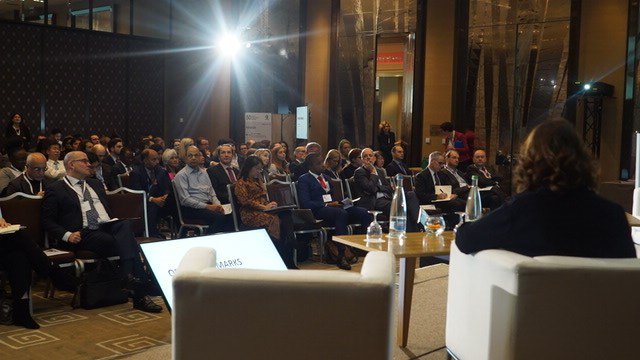 However, universal health coverage is not a narrow matter of identifying finance mechanisms alone, stressed Kickbusch. It is a social contract, with a political dimension.

“In global health, we need a comprehensive approach, we need to move out of what I call the disease silos, and create a system across the full spectrum,” Kickbusch said.

She defined UHC around five key principles, including:

“UHC in the simplest of all terms is that no one should have financial hardship if they need to access care and they should have high quality care,” Kickbusch said. “But it’s more than a technical issue. It’s also a social contract: unless we pick up that political dimension we are not going to get there.”