The World Health Organization called on the international community to ramp up contributions to the US$ 148 million in funding required for the next six months’ Ebola outbreak response in the Democratic Republic of Congo – after infection rates saw a worrisome increase in recent weeks.

The WHO call came in the wake of recent attacks on treatment centres that set back progress and saw the rate of infections rising again after many weeks of decline. The current outbreak has led to 1000 Ebola cases and claimed over 600 lives since August 2018.

“We need redoubled support from the international community, and a commitment to push together to bring this outbreak to an end,” Dr Tedros Adhanom Ghebreyesus, director-general of the WHO, was quoted as saying in a press release, which noted that only half of the required funds had so far been committed.

For the next six months, the release explained that “the combined financial need for all response partners is at least US$ 148 million,” but that as of 19 March, “US$ 74 million had been received,” leaving a US$ 74 million gap.

“We count on donors to help close the funding gap so we can end this outbreak as soon as possible,” Dr Tedros said, vowing that, “[d]espite the increased frequency of attacks by armed groups, WHO will stay the course and will work with communities to end this outbreak together with the Ministry of Health and partners.”

The recent attacks on Ebola treatment centres in Katwa and Butembo, the hotspots of the outbreak, “represented the first large-scale and organized attacks targeted directly at the Ebola response,” according to WHO’s latest update on the outbreak.

These attacks, it says, have led to an “increase in the number of cases reported by week, after many weeks of overall decline.”

Katwa, Butembo and Masereka in North Kivu Province, and Mandima in Ituri Province, account for over 80 percent of the increasing cases in the last 21 days, and response teams are “fully operational in all outbreak affected areas,” according to the update.

“[T]he persistence of pockets of community resistance and mistrust, exacerbated by political tensions and insecurity, have resulted in recurrent temporary suspension and delays of case investigation and response activities in affected areas; reducing the overall effectiveness of interventions,” the update explains.

However, despite the ongoing challenges of insecurity, there are “encouraging improvements in community acceptance of the response,” it says. “Over 90% of people eligible for vaccination have accepted to do so, and over 90% of these individuals having participated in follow-up visits. To date, 89 855 people have been vaccinated.”

The release explained that according to independent analysis of vaccination data, “the vaccine is protecting at least 95% of those who receive it in a timely manner.”

“As we mourn the lives lost, we must also recognize that thousands of people have been protected from this terrifying disease,” Dr Matshidiso Moeti, regional director for the WHO in Africa, said in the release.

“We are working in exceptionally challenging circumstances, but thanks to support from donors and the efforts of the Ministry of Health, WHO and partners, we have saved thousands of lives.”

Beyond ending the Ebola outbreak, the WHO has also committed to work with the government and the community to build more resilient health systems.

“We will still be in DRC long after this outbreak has finished, working with the government and communities on the road to universal health coverage. We are committed to improving the health of the people of DRC now and in years to come,” Dr Tedros said in the release. 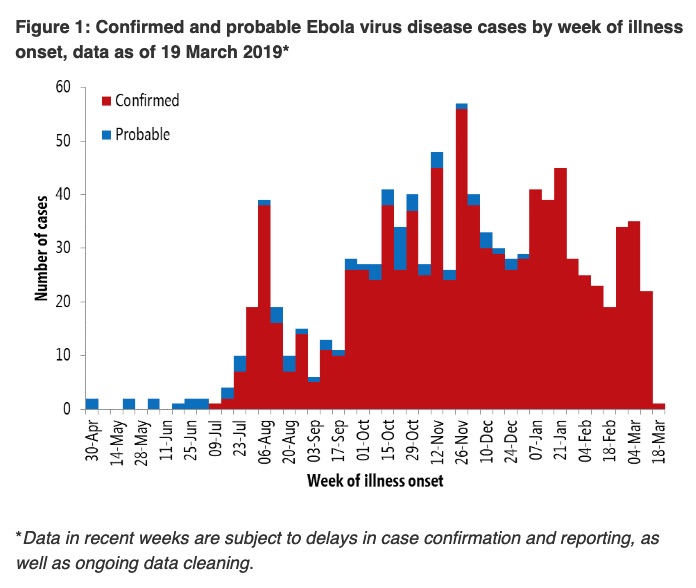 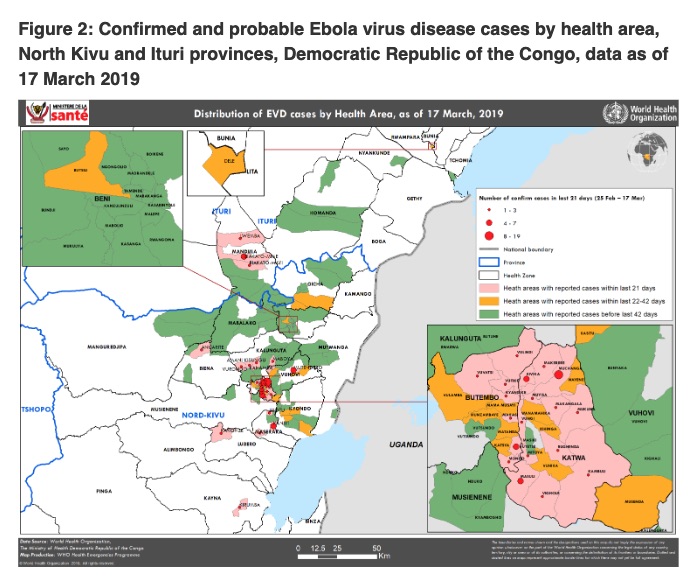