World Health Organization Director-General Dr Tedros Adhanom Ghebreyesus told reporters today that WHO is “working to find a balance between protecting patients and staff from attacks by armed groups and building community trust and ownership” in managing the response to the deadly Ebola epidemic in the Democratic Republic of Congo. 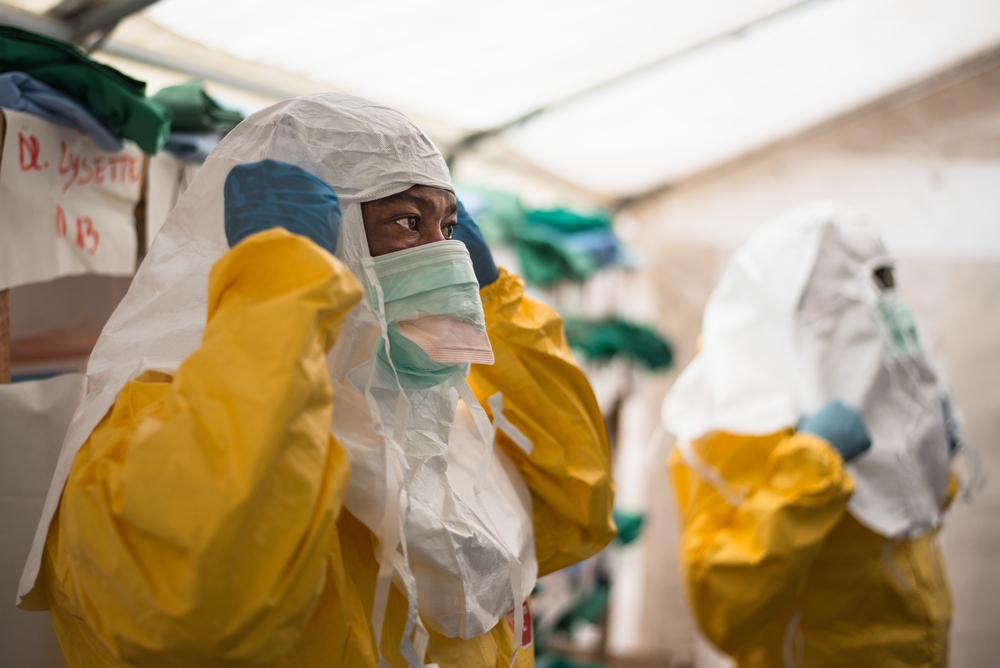 Dr Tedros’ remarks to a press conference at Geneva’s UN Headquarters broadcast on WHO’s Twitter channel, followed on the heels of three successive attacks on Ebola treatment centres over the past two weeks.

They also came in apparent response to concerns by Médecins Sans Frontières (MSF/Doctors Without Borders) that Ebola response teams were instilling fear in communities where cooperation is most needed.

“We have a striking contradiction,” Joanne Liu, MSF International President, said in a 7 March press release. “On the one hand, we have a rapid and large outbreak response with new medical tools such as vaccines and treatments that show promising outcomes when people come early. On the other hand, people with Ebola are dying in their communities, and do not trust the Ebola response enough to come forward.”

Dr Tedros said that the WHO was trying to work with responders and the DRC health system to strike a delicate balance between ensuring security and building community trust, adding that “it’s not a simple either-or situation — we must do both to end the outbreak.”

Dr Tedros underlined that he had, himself, narrowly missed an attack on a treatment facility during his latest visit to the DRC this past weekend with Robert Redfield, director of the US Centers for Disease Control and Prevention (CDC). The facility was attacked in the early morning, resulting in the death of a policeman. Less than five hours later, when he visited, the treatment centre was reopened and continuing to work, he noted, underlining the determination of health workers to provide services.

Tedros said that the Ebola response was making headway, with half as many new cases per week now as compared to January, and that the outbreak has been largely confined to two main cities in North Kivu province, Butembo and Katwe.

The epidemic also has been prevented from spilling over to neighboring countries, he added, although he acknowledged that the progress remains fragile, saying that “these attacks could reverse the gains we have made.”

He said that to continue services in the conflict-ridden region, where armed groups that “don’t have any other language except shooting” are active, there remains a need “to ensure the security of patients and responders. But we do not support the use of coercive measures in the community.”

MSF raised concerns in their recent press release that coercive measures are backfiring in the Ebola response, and explained that MSF was forced to suspend their Ebola activities in Katwe and Butembo in North Kivu province, the hotspots of the outbreak, due to rising tensions and successive attacks on treatment centres.

Factors contributing to these tensions, it said, range “from the massive deployment of financial resources focusing only on Ebola in a neglected region suffering from conflict, violence, and long-standing health needs; to elections being officially postponed due to the Ebola outbreak, exacerbating suspicions that Ebola is a political ploy.”

MSF warned that coercive treatment measures that enforce “safe burials, tracking of contacts, and admission into treatment centers discourages people from coming forward and pushes them into hiding.”

The organisation further emphasised that the “use of police and armed forces to compel people to comply with health measures against Ebola is leading to further alienation of the community and is counterproductive to controlling the epidemic.”

In the press conference, Dr Tedros said he agreed with MSF and others that the focus should be on community engagement and local capacity building.

The strategic response, he said, should also focus on developing the local health system to respond to other health issues affecting the communities, such as malaria.

Latest Data on the Ebola Response

At the press conference, Dr Tedros cited the latest statistical data from the DRC Ministry of Health: