A number of developed countries are working to delay a landmark proposal at the World Health Organization by Italy to increase transparency of drug prices and R&D costs in an effort to make medicines more affordable, according to sources. The Italian proposal has garnered a number of supporters, including within Europe; but at an informal WHO consultation today and last week at the European Union, countries such as Germany, France, and the United Kingdom have begun pushing for postponement of discussions, sources said.

[Update: a new version of the proposal from within the informal consultations is available here.]

Italy tabled the proposal in February (HPW, Medicines & Vaccines, 18 February 2019) as a step toward addressing the high cost of medicines, which is impacting public health budgets in developing and developed countries alike. The Italian proposal, now a draft resolution available here, calls for wide transparency in the process, including drug prices, research and development costs, and clinical trials.

The draft resolution, “Improving the transparency of markets for drugs, vaccines and other health-related technologies,” was proposed as part of the planned discussion on Addressing the global shortage of, and access to, medicines and vaccines during the 72nd session of the World Health Assembly to be held on 20-28 May. Closed-door informal consultations are being held on the proposal on 7 and 10 May at WHO.

Last week, 10 countries came out in support of the Italian proposal (HPW, Medicines & Vaccines, 30 April 2019), including five from Europe.

According to sources, in today’s consultation at WHO a number of other countries asked for the discussion on the proposal to be postponed until the Executive Board meeting in January 2020. 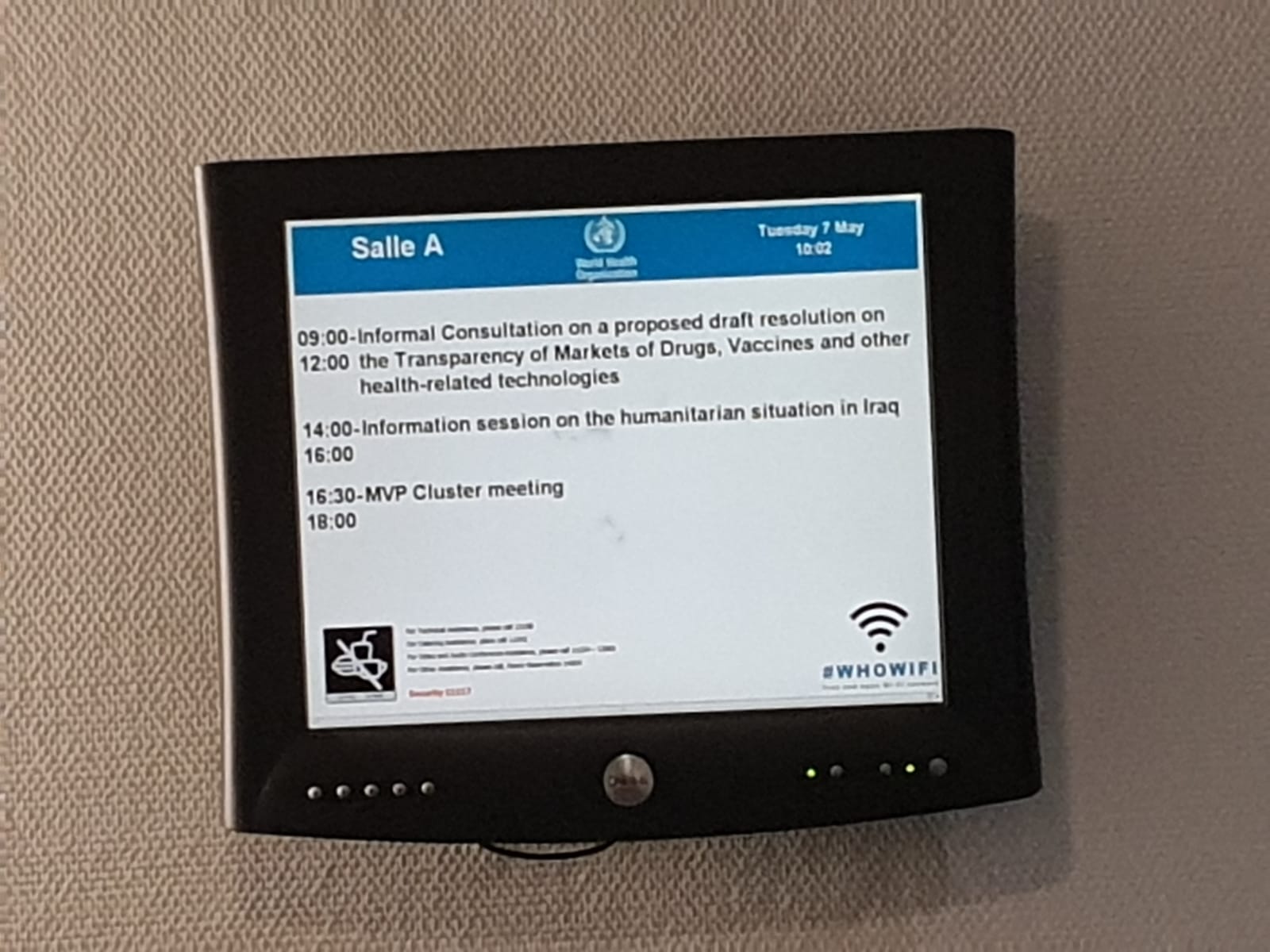 Those suggesting a delay appeared to be only developed countries, and may have included Germany, Sweden, Denmark, Australia, United Kingdom, Belgium, Canada, Norway, and Switzerland, according to sources. France, Germany and the UK in particular have called for delay, also in a European Union meeting last week, joined by Austria. The UK apparently has suggested consultations with the World Trade Organization and World Intellectual Property Organization. It was unclear where the United States stands on the postponement. A number of countries today said they did not yet have clear instructions on postponement but appeared to lean toward it anyway, the sources said.

The countries calling for delay stressed the importance of the topic and in some cases indicated support but just needed more time due to the complexity of the issue, they said.

Brazil reportedly countered the move to delay, stating that it would be a “double standard” since other proposals have been allowed to be introduced late and be considered in the past.

And Spain, a proponent of the Italian proposal, asked members to put aside procedural questions and focus on the issue.

Last year, there were two late resolutions discussed, one on cholera and one on multilingualism, a source said.

In an interview with Health Policy Watch earlier this week, Swiss Global Health Ambassador Nora Kronig spoke about the Italian proposal. “[O]n the pragmatic implementation level you really have to think, as I think on our own policy, on where are the aspects on which you really have full transparency and where are the aspects where you have to accommodate or foresee exceptions where it is counter-productive to do so,” she said. “From a Swiss perspective, it is the way we are looking at this Italian proposal of openness on the principle, on openness on the aspirational aspect of transparency but then going pragmatically into the different dimensions it is proposing to cover and there having a bit of a more different ‘shading’ view, if you want.”

The International Federation of Pharmaceutical Manufacturers and Associations (IFPMA) today offered a warning on the Italian proposal. “We share the goal of the World Health Organization (WHO) and its Member States to ensure appropriate access to affordable and quality-assured medicines, vaccines and health products as a key component of Universal Health Coverage (UHC) and for achieving targets of the Sustainable Development Goals (SDG),” it said. “We also acknowledge the concerns about affordability and understand the calls for disclosure of more information about our scientifically complex, and high risk business model.”

But it said, “our industry has already responded to many concerns raised in the proposed resolution,” citing its Principles for Responsible Clinical Trial Data Sharing, and the Patent Information Initiative for Medicines (Pat-INFORMED).

“[T]he draft resolution if adopted as stands, would divert attention and resources away from finding sustainable solutions to access and may have unintended consequences of creating additional barriers to availability and access to health products,” IFPMA cautioned, echoing the view of the WHO director general that improved access “can only be achieved through collaboration, investment in strengthening health systems including regulatory systems, reducing financial hardship and out of pocket expense for patients, while supporting innovation that delivers breakthrough treatments and the generics of tomorrow.”

IFPMA urged WHO and its member states “to conduct careful analysis of the potential benefits and risks to patients and to health systems, particularly for less developed countries, in addition to future innovation. For example, the unintended consequences of price transparency on the capacity of companies to offer preferential pricing to developing countries must be seen from diverse perspectives.” The biopharma industry association said it “stands ready” to discuss and collaborate further.