The delivery of poor quality health services is spiraling health costs globally and holding back progress in improving health in both developing and rich nations alike warns a joint report by the OECD, World Health Organization, and the World Bank.

The full report is available at http://www.who.int/servicedeliverysafety/quality-report/en/. 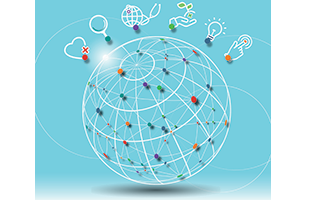 The report says a multitude of factors including inaccurate diagnosis, medication errors, unnecessary treatment, unsafe practices and clinical facilities, prevail in all countries with the situation worst in low and middle-income countries, and calls for urgent action by and all stakeholders from governments to clinicians and patients groups, to drastically improve quality health care.

“Focusing on quality is critical,” it says, and calls for governments to develop national quality policies and strategies to address the widespread problem.

The study found that: 10% of hospitalized patients in low and middle-income countries and seven percent in high-income can expect to acquire an infection during their stay;

one in ten patients is harmed during medical treatment in rich countries;

and that around 15% of hospital expenditure in rich nations is due to mistakes in care or patients being infected while in hospitals.

It also warns that antimicrobial resistance has become “a major global public health issue,” in part, “due to misuse and overuse of antimicrobials,” and resulting in additional health costs.

For example, it notes that adherence to clinical practice guidelines in eight developing nations was below 50 percent in several instances, “resulting in low-quality antenatal and child care and deficient family planning.” It also notes that research found sub-optimal clinical practices were “common in both private and public primary health care facilities” in several poor nations.

Similarly, World Bank President Jim Yong Kim said: “Low-quality care disproportionately impacts the poor, which is not only morally reprehensible, it is economically unsustainable for families and entire countries.”

A WHO study in 2017,”Medication Without Harm,” observed medication errors occur when weak medication systems and /or human factors such as fatigue, or staff shortages, “affect prescribing, transcribing, dispensing administration and monitoring practices, which can result in severe harm, disability, and even death.”

Indeed, in February, the WHO’s Dr Tedros in a keynote address declared: “Adverse events are now estimated to be the 14th leading cause of death and injury globally. That puts patient harm in the same league as tuberculosis and malaria.”

The WHO chief also said, “the costs of treating safety failures amount to trillions of dollars each year,” and pointed out in 2017 WHO launched a global Medication Without Harm campaign that aims to reduce severe, avoidable medication-related harm by over 50 percent over five years.

In a similar vein, a 2017 OECD study on “the Economics of patient safety,” found that “the flow-on and indirect costs of harm include loss of productivity and diminished trust in the health care system. In 2008 the economic cost of medical error in the US was estimated to be almost $1 trillion.”

The same study argued many adverse events are preventable, and noted “the costs of prevention are dwarfed by the cost of failure,” and highlighted that improving patient safety in US Medicare hospitals “is estimated to have saved $28 billion between 2010 and 2015.”

Sepideh Bagheri Nejad of the WHO, one of the lead authors of the joint report, told HPW that there are “a lot of gaps” in many countries around the world on poor quality care.

Nejad, a technical officer responsible for knowledge management at WHO Department of Service Delivery and Safety, however, cautioned, “we still don’t know ” the real prevalence of the problem, and added, “we need robust information systems in place.”

The report also highlights that up to a fifth of health resources “are deployed in ways that generate very few improvements.”

Nejad said there are a lot of inefficiencies, including unnecessary tests, repeated tests, and polypharmacy practices.

The report also puts the spotlight on delays related to elective and emergency procedures. In emergency situations, it says, delays in receiving appropriate treatment may also lead to preventable deaths.