Health: A Political Choice was launched in advance of the G20 Summit in Japan, taking place 28-29 June, to increase visibility of UHC issues as G20 leaders and ministers meet to discuss financial markets and the world economy. 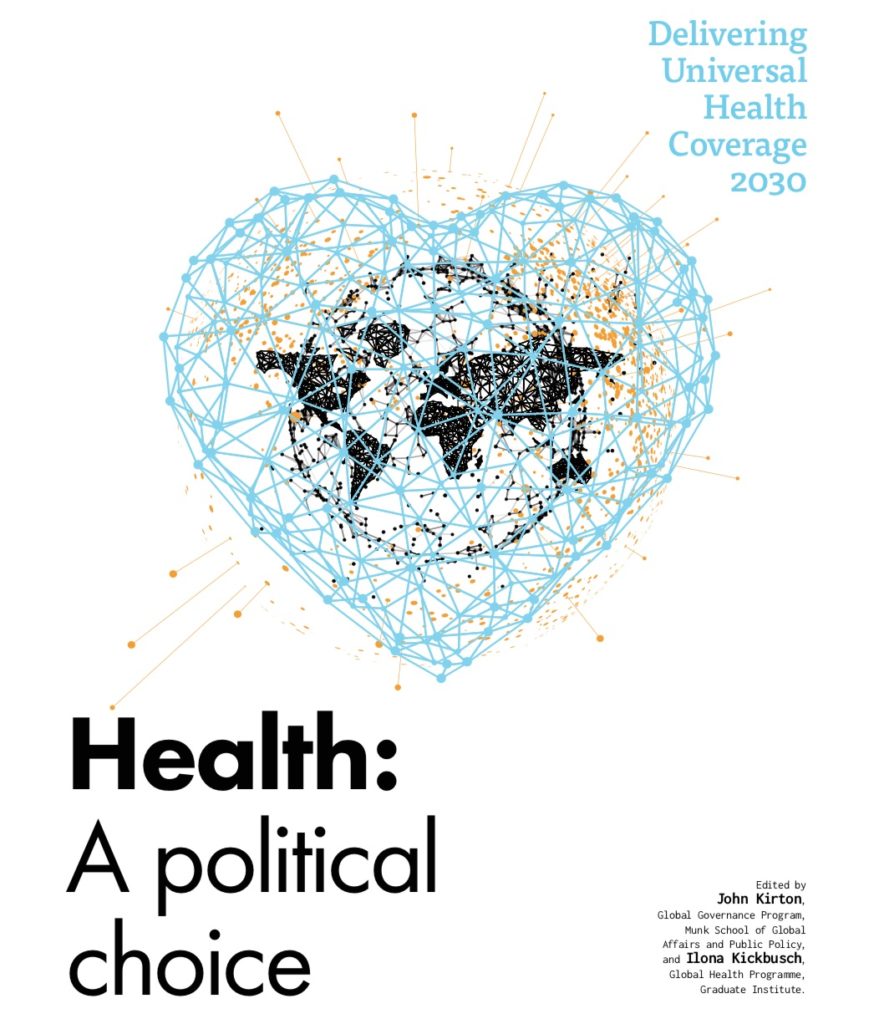 Ilona Kickbush, Director of the Global Health Centre at the Graduate Institute, Geneva, and co-editor of the publication, told Health Policy Watch that the new publication “is intended to be attractive for especially a non-health audience of senior decision-makers by illustrating the high relevance UHC has for societies, the economy and for people.”

She said that the publication specifically “reached out to presidents and prime ministers who have shown commitment to improve UHC in their countries and give it higher prominence in multilateral cooperation,” that it gives voice to multiple stakeholders’ perspectives, and that it particularly “highlights the role of women in UHC.”

“Health: A Political Choice” also helps to set the stage for the upcoming UN General Assembly high-level meeting on universal health coverage this September in New York. Under the theme of “Universal Health Coverage: Moving Together to Build a Healthier World,” the high-level meeting will bring heads of state and health ministers together to set goals and make commitments towards achieving UHC by 2030, and making “health for all” a reality.

“Achieving universal health coverage and guaranteeing that everyone has access to quality, essential health services are pivotal steps to ensuring that every individual enjoys their fundamental human rights,” María Fernanda Espinosa Garcés, President of the UN General Assembly, said in her opening to the publication.

“There is no one-size-fits-all approach to meeting this goal,” she added. “Each country must explore its own tailor-made solutions to strengthen its health systems. In doing so, priority must be given to preventing disease and promoting health, as well as to ensuring access to medicines, vaccines, diagnosis and other health technologies.”

It also features contributions by Amina J. Mohammed, Deputy Secretary-General of the United Nations, Dr Tedros Adhanom Ghebreyesus, Director-General of the World Health Organization, and a range of other multi-stakeholder global health actors.

The publication particularly highlights gender as a fundamental and crucial dimension of achieving UHC. In her contribution, “Advancing universal health coverage in 2019 through the gender dividend,” Kickbusch said that if making UHC a reality “is done with keeping the principles of gender equality and equity in access in mind and acknowledging the role of women as 70% of the health workforce when formulating policies, then societies will reap a tremendous gender dividend.”

“Investing in programmes that improve income-generating activities for women can return $7 for every single dollar spent. Apply this to the health sector, where the social benefits generated can be manifold if they are part of a strategy to build quality health systems that people and communities trust,” she said.

In his contribution, Dr Tedros said: “I know from my own experience in government, and as director-general of WHO, that the key to making real progress towards universal health coverage is political commitment at the highest level, with the support of parliaments to translate that commitment into law, backed by a whole-of-government approach that addresses the commercial, economic, environmental and social determinants of health.”

He concluded that the September high-level meeting of the UN General Assembly on UHC “is a crucial opportunity to catalyse political leadership that can transform the lives of billions of people.”