Expanding access to costly cancer treatments and the high price of new generation insulin formulas were among the controversial topics of debate today as the WHO Expert Committee on the Selection and Use of Essential Medicines convened for its biennial update of the list of over 400 drugs deemed most essential for treating public health needs globally. 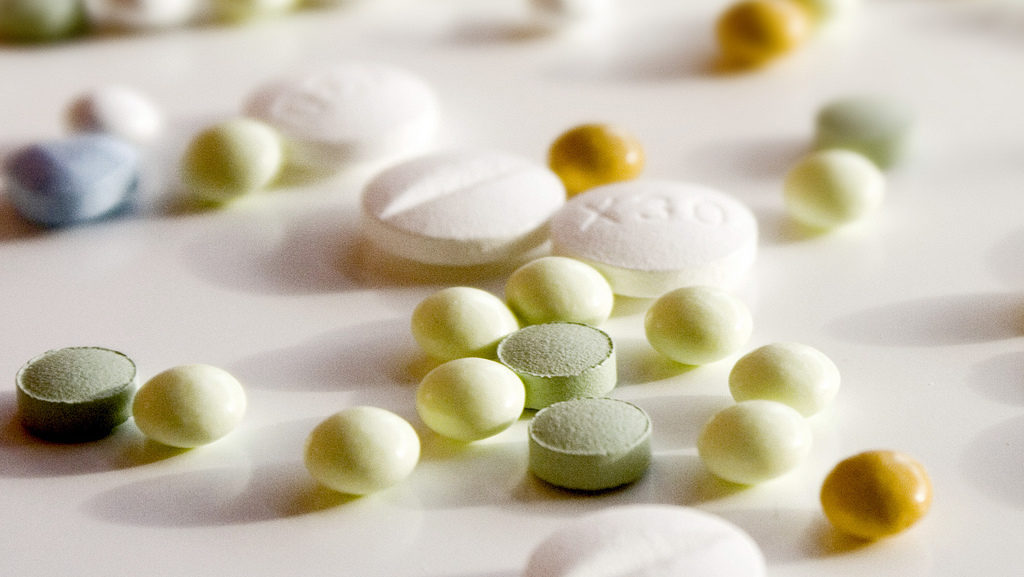 Meanwhile, the Geneva-based Medicines for Patent Pool (MPP), confirmed its intentions to expand efforts negotiating drug licences beyond the traditional areas of HIV and Hepatitis C drugs to incorporate other medicines essential to low- and middle-income countries.

The new MPP direction would aspire to include new generation antibiotics and reproductive health drugs as well as treatments for cancer, multiple sclerosis and cardiovascular disease – which are often unaffordable to low- and middle-income counties, said a statement submitted at an open session with civil society representatives at WHO’s Geneva headquarters, marking the kickoff of the 22nd Expert meeting.

“Given the MPP’s mandate to facilitate access to more affordable essential medicines in LMICs through public health-oriented licences, we would like to bring to the attention of the Committee that the MPP stands ready to explore the licensing of patented medicines that the Committee considers to be important. MPP licences could contribute to accelerating the development and availability of generic versions for use in resource limited settings,” said the statement, signed by MPP Executive Director Charles Gore. [Gore spoke to Health Policy Watch about the new MPP strategy in a 25 March interview].

The proposal follows in line with a 2018 recommendation by the WHO and the Lancet Commission on Essential Medicines, as well as a year-long feasibility study, MPP said.

“While we are aware of the multiple challenges for access to essential medicines in LMICs, … we are convinced that working together with governments, industry, patients and civil society, among other stakeholders, it is possible to ensure that new medicines that are considered essential become available in LMICs at affordable prices shortly after they are first brought to market. The MPP’s experience in HIV and hepatitis C has shown that this is possible, and we look forward to extending and adapting this model to new areas, in close partnership with all stakeholders,” the statement concluded.

The WHO Essential Medicines List (EML), first developed by WHO in 1977 and updated every two years in consultation with experts worldwide, is used as a basis for health authorities in many countries to guide their decisions on the products that they ensure are most widely available for their own populations.

This year’s proposed additions include nearly 30 new medications as well as about a dozen new formulations for treatment of diseases ranging from Diabetes type 1, cancer, tuberculosis and hepatitis C to diarrhoeal diseases.

One proposal to include insulin “analogues” (altered forms of human insulin) as treatments for Type 1 diabetes, met particularly stiff resistance from several scientific experts, civil society and patient access groups, including Health Action International and the International Insulin Foundation. They said adding new analogue drugs, which are much more expensive, into the EML, could ultimately drive up insulin prices for developing countries.

Hans Hogerzeil, Professor of Global Health, University of Groningen, Netherlands, speaking on behalf of Health Action International, cited an HAI price survey of insulin products in 13 low- and middle-income countries that found governments paid around $US 5 (per month of treatment) for the 3 main types of human insulin while prices of analogues were $US 42-55, or 8 to 11 times higher.

As 96 percent of insulin worldwide is supplied by just 3 pharmaceutical companies, aggressively marketing the analogues, listing analogues as essential medicines might send the wrong signal to public health services, “to include them in national list of essential medicines, and then purchase or reimburse them at a much higher price than human insulin.”

“If you have a finite budget and you spend all of this money on the very expensive drugs, you cannot reach as many people.”

Human insulin is a crystalline reconstructions of the insulin found naturally in the body, while analogue forms have been modified to create a pattern of slower (or more rapid) insulin release and absorption. This can, in turn reduce the number of required injections from 2 to 1 daily for some patients, who are on a very stable insulin regime.

“There are some clinical benefits for some categories of patients, but these do not justify the enormous price difference,” said Hogerzeil, noting that analogues also are unnecessary for many other categories of diabetes patients.

Proponents of the analogues including the Knowledge Translation Program of the Canadian-based St. Michael’s Hospital, which submitted the request to have them included in the EML, argue that their inclusion as essential medicines would eventually reduce prices. Opponents have said that this cannot really happen without more products being put onto the market – now dominated by just three pharmaceutical firms.

A WHO technical review also expressed opposition to including the new insulin analogues into the EML at this stage, noting “in many settings human insulin is currently unaffordable despite being on the EML for many years. It takes a substantial leap of faith to expect that inclusion of analogues… will improve insulin affordability.”

“There is no meaningful competition yet because there are very few approved biosimilar products on the market,” said Hogerzeil. “What you have to do is to remove regulatory barriers to the biosimilars.”

Hogerzeil welcomed remarks at the expert meeting that WHO might include insulin as part of its “Pre-Qualification of Medicines Programme” as a step in the right direction. The WHO Prequalification Progamme vets some new drugs deemed as essential for developing countries, and it has gradually expanded the types of drugs it evaluates. “If you include insulin in the WHO Prequalification Programme, then you can have meaningful competition,” he said.

Speaking at today’s session, Assistant Director General Mariângela Simão, who leads WHO’s work on essential medicines, said that WHO would explore expansion of the WHO Prequalification (PQ) Progamme to other “important” drug categories, including cancer and diabetes drugs.

“In the future we want to expand PQ products with important drug categories such as monoclonal antibodies,” she said. “There are benefits in having multiple new manufacturers: this is of the utmost importance for diabetes and insulins, and also for new drugs for cancers.”

She also welcomed the potential role that MPP could play to expand voluntary drug licence agreements on patented drugs as a “very positive collaboration to improve access to essential medicines.”

Both industry and civil society representatives teed off at the open session over some of the findings and recommendations of a 2018 WHO EML Cancer Medicines Working Group meeting and technical report.

The report, which considered how to include oft-expensive cancer treatments into the WHO Essential Medicines List, recommended that WHO endorse the need to have overall survival as the main eligibility criterion for a cancer medication proposed for the EML listing, recommending “endorsement of an interval for overall survival of at least 4-6 months for first-line treatments as a general guiding principle.”

But a statement by the International Federation of Pharmaceutical Manufacturers and Associations (IFPMA) opposed the 4-6 month survival criteria, saying that it would “potentially leave out many therapies with great clinical value.”

The statement, signed by IFPMA Director General Thomas Cueni, also said that the companion WHO technical report relied too heavily on out-of-date data in examining the survival rate question, and there are other criteria besides overall survival rate that should be considered when evaluating cancer medications. Finally, the WHO Essential Medicines List should not be used as a tool to diminish the value of medicines deemed safe and effective by national regulatory authorities.

Meanwhile Knowledge Ecology International said that a special EML list should be created for cancer medicines and other treatments that “would be essential, if available at affordable prices.”

“A system of medical guidance that consistently ignores or excludes new drugs for cancer needs to be reformed, and new options for dealing with affordability and access are needed if we are serious about achieving equality of health outcomes,” the KEI statement added, calling on the Cancer Medicines Working Group to continue their work.

In another submission to the Expert Committee meeting, the EML Secretariat in WHO recommended expansion of the new three-phase classification of antibiotics (AWaRE), introduced with the publication of the last 2017 EML.

The 3-phase antibiotic classification was developed to guide more rational use of antibiotics where risk of anti-microbial resistance remains high. It sorts leading antibiotics into categories where access should be widely available for first-line treatment (ACCESS); used more judiciously (WATCH); or drugs used only for last-resort, life-threatening infections where other treatments have failed (RESERVE). The new recommendations would expand the system to a broader range of antibiotic drugs.