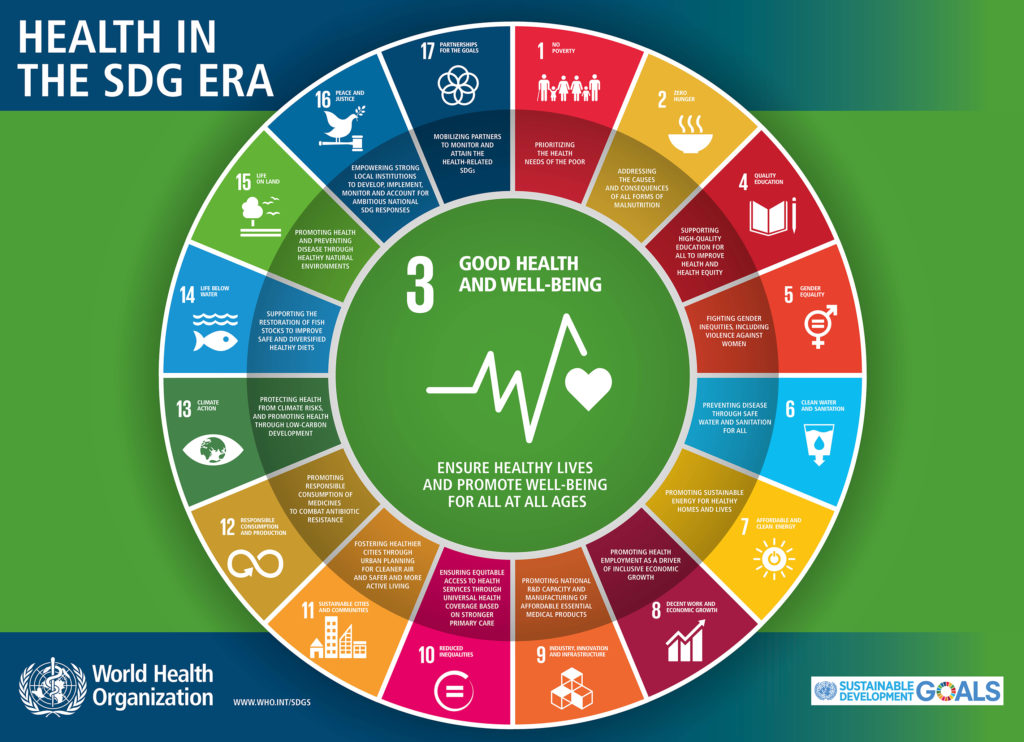 “Progress is slow, we are not on schedule – we are behind schedule,” said Dr Tedros, speaking before the WHO Executive Board (EB) in a 27 January session on progress in health-related SDGs.

But he expressed hopes that a WHO-led Global Action Plan for Healthy Lives and Well Being For All, could help get progress back on track. The action plan, involving 11 other UN and donor agencies, is being drafted in response to a request by Norway, Germany and Ghana, to be presented at the United Nations SDG Summit in September.

“The SDG Action Plan, this is a great opportunity that we should not really miss – it will help us align accelerate and account at the global level, but especially at the country level where change can happen,” Dr Tedros said.

The 34-member EB governing body reviewed WHO’s update on Implementation of the 2030 Agenda for Sustainable Development, tracking progress on some 30 health-related SDG targets. While significant progress has been made in reducing childhood mortality, expanding treatment for people living with HIV, and reducing deaths from tuberculosis, progress has “stalled” in other areas, such as malaria, drug-resistant tuberculosis, alcohol use and air pollution, the report says.

Even more worrisome, “gains that have been made could easily be lost,” due to weak health systems and poor emergency preparedness, among other factors, the report warns, noting that at least half of the world’s population does not have full coverage of essential health services.

SDG 3 – “Ensure Healthy Lives and Promote Wellbeing for All” – is the principal ‘health” goal among the 17 Sustainable Development Goals, adopted by the United Nations in 2015 as part of the 2030 Agenda for Sustainable Development. However, there are over two dozen other health-related targets embedded in other 16 SDGs, ranging from: health in relation to gender equality (SDG 5); safe drinking water and sanitation (SDG 6); household air pollution and energy (SDG 7); air pollution and healthy cities (SDG 11), decent work and economic growth SDG 8); health impacts of climate change (SDG 13), and so on.

Executive Board members underlined the need to find ways to step up action in areas not on track, including: malaria and drug-resistant TB; deaths from air pollution and other environmental risks; maternal health; sexual and reproductive health; non-communicable diseases; alcohol abuse and mental health; universal health coverage, health of migrants, indigenous people and other vulnerable groups, and more.

“In spite of the progress that has been made in some areas, reducing child mortality for instance, and improving treatment for HIV — other areas, such as malaria, which remains endemic in most African states, air pollution and dealing with other health-related environmental determinants — have not seen the same progress, and that can jeopardize the gains that have been made,” said Burundi’s EB representative, speaking on behalf of the 47 countries of WHO’s Africa Region.

“We remain convinced that a multi-sectoral approach and a coordinated approach in implementing the 2030 agenda is vital,” he added.

Chile, speaking on behalf of WHO’s Region of the Americas, including North America, Latin America and the Caribbean, said that more needs to be done to link health to gender equality in the SDG process. Sudan, speaking on behalf of WHO’s Eastern Mediterranean region, which covers parts of North Africa and most of the Middle East, noted that regional emergencies and food security challenges were “having an impact on all of the strides that have been made before.”

Regarding the SDG-related Global Action Plan, the first phase dubbed “Align, Accelerate and Account” was presented at the Global Conference on Primary Health Care, in Astana, Kazakhstan in October 2018.

Phase II of the plan, to be finalized ahead of September’s SDG Summit, aims to create a suite of concrete, collective actions, at global, regional and national levels to advance the SDGs, said WHO Assistant Director General Mariângela Batista Galvão Simão, stressing that the plan is not going to be a “report to sit on a shelf, but an accelerator to align our actions.”

“Out of the 17 [SDG] goals, 14 have health-related targets,” she noted, and so tackling the SDGs represents a “massive effort” for countries. “If we don’t act now, we won’t have the desired impact by 2030.”

However, member states such as the United States underlined the need for WHO to begin country consultations on the draft plan begin immediately. Germany, one of the original sponsors, urged WHO to also expand consultations to civil society, the private sector and development aid donors.

“The process needs to be designed more inclusively, and involve countries, civil society, and the private sector, as well as bilateral donors,” Germany’s EB representative stated. “In addition, it will be important for the ongoing process to involve to involve multilateral actors outside of the health sector, such as ILO [International Labour Organization], IMF [International Monetary Fund] and WIPO [World Intellectual Property Organization]. These are key for generating a broader financing base and addressing determinants of health, to achieve the health-related SDGs.”

Dr Tedros said that to tackle the broad range of health challenges that were faced in meeting SDG goals and targets, those countries most urgently in need also should be prioritized for greater attention, and more holistic solutions should be embraced.

“Malaria is still one of the problems in developing countries – there are 216 million cases annually,” he observed. He said a new approach to malaria would prioritize “high-impact” action in the 11 countries most in need, with integrated strategies. “Where there are high burden countries, we need to focus on high impact,” he said. “And we cannot bring change by only focusing only on treatment, we have to focus on vector control as well and health promotion.”

Similarly, there were plans underway to focus high impact actions on maternal, sexual and reproductive health initiative in seven priority countries, and for tuberculosis “we have 13 countries that will be the battleground.”

Climate change action is meanwhile prioritizing “small island developing states” with the WHO Initiative for Climate Change and Health in Small Island Developing States (SIDS). These are countries in the Caribbean, Western Pacific and elsewhere at risk of disappearing altogether due to sea level rise so that the biggest health risk is “survival.”

And 12 countries would be targeted for greater focus on mental health, he said, noting that some 800,000 people die annually from suicide: “So in 12 countries we are starting to target populations; we need to start treating mental health like any other health problem,” he said, adding the issue should be incorporated more fully into the NCD agenda as well.

Finally, the WHO director general said he is in discussions with leading organizations of health care professionals to step up training activities in collaboration with WHO, to strengthen health systems.

“The idea is for WHO and professional organizations to come together to do generic training – because if we are going to talk about SDG 3 without a workforce – it can’t happen,” Dr Tedros said, noting that “in some countries we have only one doctor for every 100,000 people, and that is like no doctor at all.”

Dr Tedros said that this would be part of the proposed “WHO Academy”, which he outlined to the Board this week (HPW, WHO Executive Board, 25 January 2019) as a means of expanding the reach of the voluminous guidelines, guidance and tools that the organization produces on a wide range of health issues.

“I told you about the WHO Academy,” he said, “We need to invest in training that is central to quality of services and all the rest.”