To reach the 2025 global target on reducing the prevalence of low birthweight, a condition that impacts lifelong health and disproportionately affects low- and middle-income countries, the world needs to double its current rate of progress, a new study finds.

“More than 80% of the world’s 2.5 million newborns who die every year are low birthweight,” and those that survive “have a greater risk of stunting, and developmental and physical ill-health later in life, including diabetes and cardiovascular disease,” a World Health Organization press release says.

The new study, published today in The Lancet Global Health, shows that between 2000 and 2015, the average annual rate of reduction in low birthweight prevalence was 1.23 percent, which is only half of the estimated 2.74 percent annual reduction required to meet the 2025 low birthweight target set by the WHO.

Low birthweight primarily results from pre-term births or growth restriction during pregnancy, and is compounded by malnutrition and insufficient prenatal and primary care. The study found that 90 percent of all low birthweight babies are born in low- and middle-income countries, with half of such cases occurring in South-East Asia.

The study, by experts from the WHO, UNICEF and the London School of Hygiene & Tropical Medicine, is the first-ever to compile comprehensive global estimates on low birthweight along with trends.

“We no longer have an excuse – these estimates show that we are seriously off-target,” Professor Joy Lawn, Director of the MARCH Centre (Maternal Adolescent Reproductive & Child Health) at London School of Hygiene & Tropical Medicine, and senior author of the study, said in a press briefing.

She underlined that low birthweight is “probably the single piece of information about you that most predicts your health throughout your whole life course,” noting that it predicts newborn deaths, stunting, and lifelong disability.

She added that “all of these outcomes result in human suffering, but also perpetuate intergenerational poverty.”

To improve rates of reducing low birthweight, the study recommends implementing action to address gaps in care, prevention and data.

Dr Victor Aguayo, Global Chief of Nutrition at UNICEF, highlighted in the briefing that adolescent pregnancy is also one of the major factors leading to low birthweight, noting that changing norms and improving access to secondary schools for girls is an important contribution toward reducing rates of low birthweight. 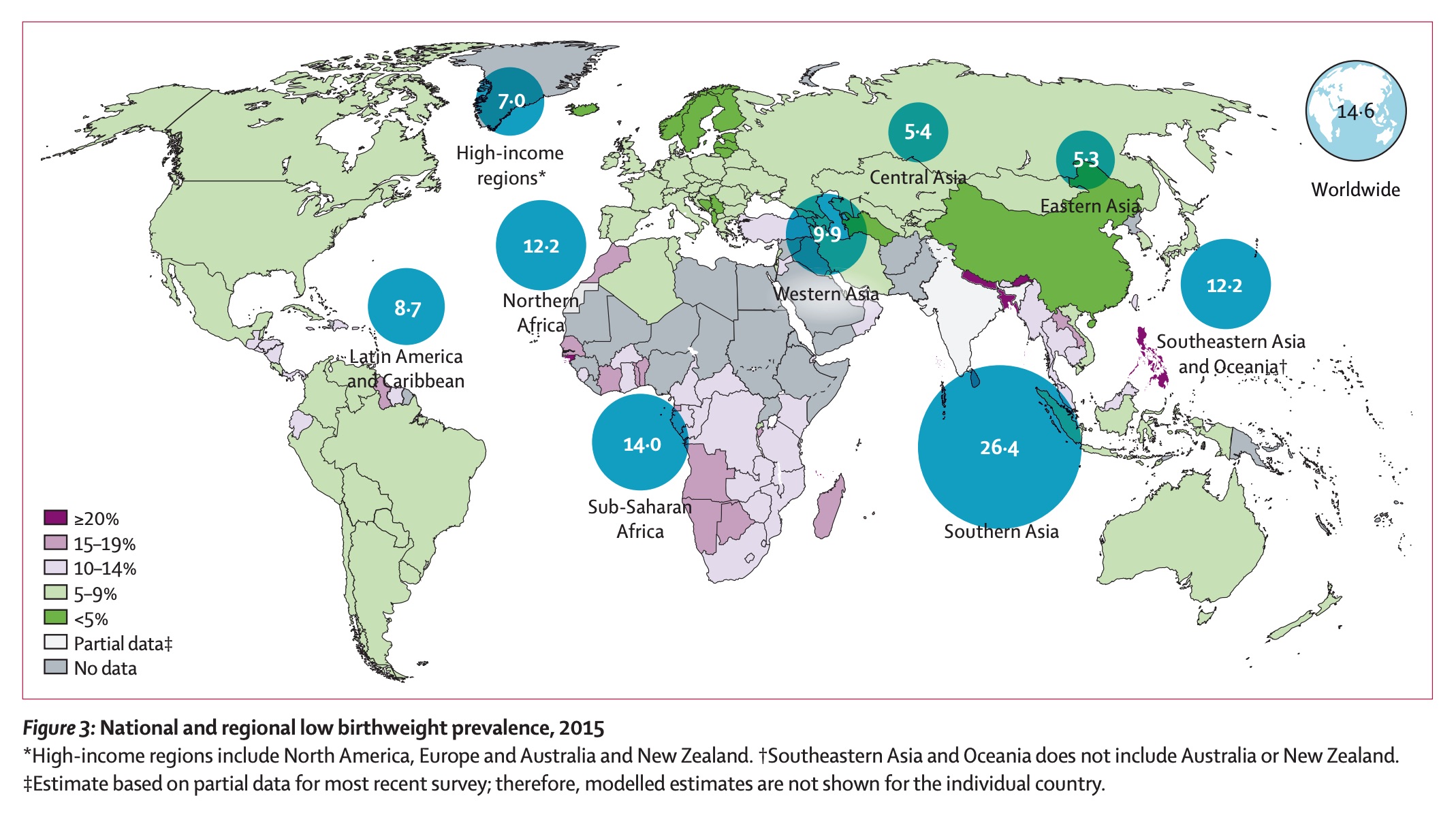 She noted, however, that the rate of progress in reducing low birthweight in high-income countries has slowed – all except for Sweden, which has the fastest rate of progress and the lowest rate of low birthweight in the world at 2.4 percent. When asked to explain why, she cited that Sweden has the lowest level of inequality, a high level of universal health coverage, and very high levels of female education and empowerment.

While the overall lack of sufficient action on reducing low birthweight is concerning, this has been in part due to the lack of sufficient data to measure and track progress, Dr Mercedes De Onis, Coordinator of the Growth Assessment and Surveillance Unit at the WHO, and co-author of the study, said in the briefing.

Now that comprehensive data estimates along with clear trends are available, this will better enable countries to implement action and monitor progress on low birthweight, she said.

According to WHO’s overview of the 2025 target, the goal is “to achieve a 30% reduction in the number of infants born with a weight lower than 2500 g by the year 2025. This would translate into a 3% relative reduction per year between 2012 and 2025 and a reduction from approximately 20 million to about 14 million infants with low weight at birth.”