The room holding the high-level side event on transparency of pharmaceutical product markets was overflowing today – with dozens of people standing to hear the speakers – many of them ministers of health, reflecting the importance of the topic at the 72nd World Health Assembly.

Member state organisers and co-sponsors of the event, representing diverse levels of economic development, all made a call for a change of game, more transparency in the pharmaceutical market, and the end of forced confidentiality of price negotiations between countries and drug companies.

The side event, “Access to medicines, vaccines and health products: A multi-dimensional approach for ensuring transparency of markets, affordable and quality products to achieve Universal Health Coverage,” was organised by Italy and South Korea, and co-sponsored by Costa-Rica, Greece, Indonesia, Italy, Mexico, Mongolia, Netherlands, Portugal, Republic of Korea, Saudi Arabia, Spain, and Vietnam. It was held on the first day of the 72nd World Health Assembly (WHA), taking place from 20-28 May.

The topic is controversial and is the subject of a draft resolution proposed by Italy, Greece, Malaysia, Portugal, Serbia, Slovenia, South Africa, Spain, Turkey, and Uganda. The draft resolution has not yet been tabled. Civil society groups drew attention to alleged efforts by some developed countries to bar the resolution.

Intense discussions between WHO member states have been ongoing prior to the WHA. Knowledge Ecology International provided a comparison between the original proposal from 29 April, and the ones from 7 and 10 May.

Speakers at the side event underlined high prices, the secrecy around research and development costs, and the negotiated prices obtained by countries. They all called for a collaborative efforts to tackle those issues.

A representative of the Cyprus Ministry of Health in the audience gave a vibrant account of what he described as “unethical practices” by the pharmaceutical industry. He gave two examples where he said Cyprus, with no negotiating power, and a small population of 800,000, was being asked to pay prices vastly superior to those awarded to other countries. He gave the example of a medicine to treat an orphan neurological condition, for which 800,000 euros per patient was the price set by the manufacturer of the product.

According to him, a study conducted in Cyprus examined all products approved by the European Medical Agency (EMA) since 2011, and showed that industry mostly waits about four years before releasing newly EMA-approved products in Cyprus, reserving those products to richer northern European countries first.

Lucas Li Bassi, director of the Italian Medicines Agency, said it would be interesting to see whether differential pricing is actually occurring according to countries’ gross domestic product (GDP), giving the example of a pneumococcal vaccine which was charged twice as much in Lebanon as in Greece. He called for better information leading to better policy decisions. Countries are the biggest investors of the pharmaceutical industry, he said and “should be able to shape the market.” 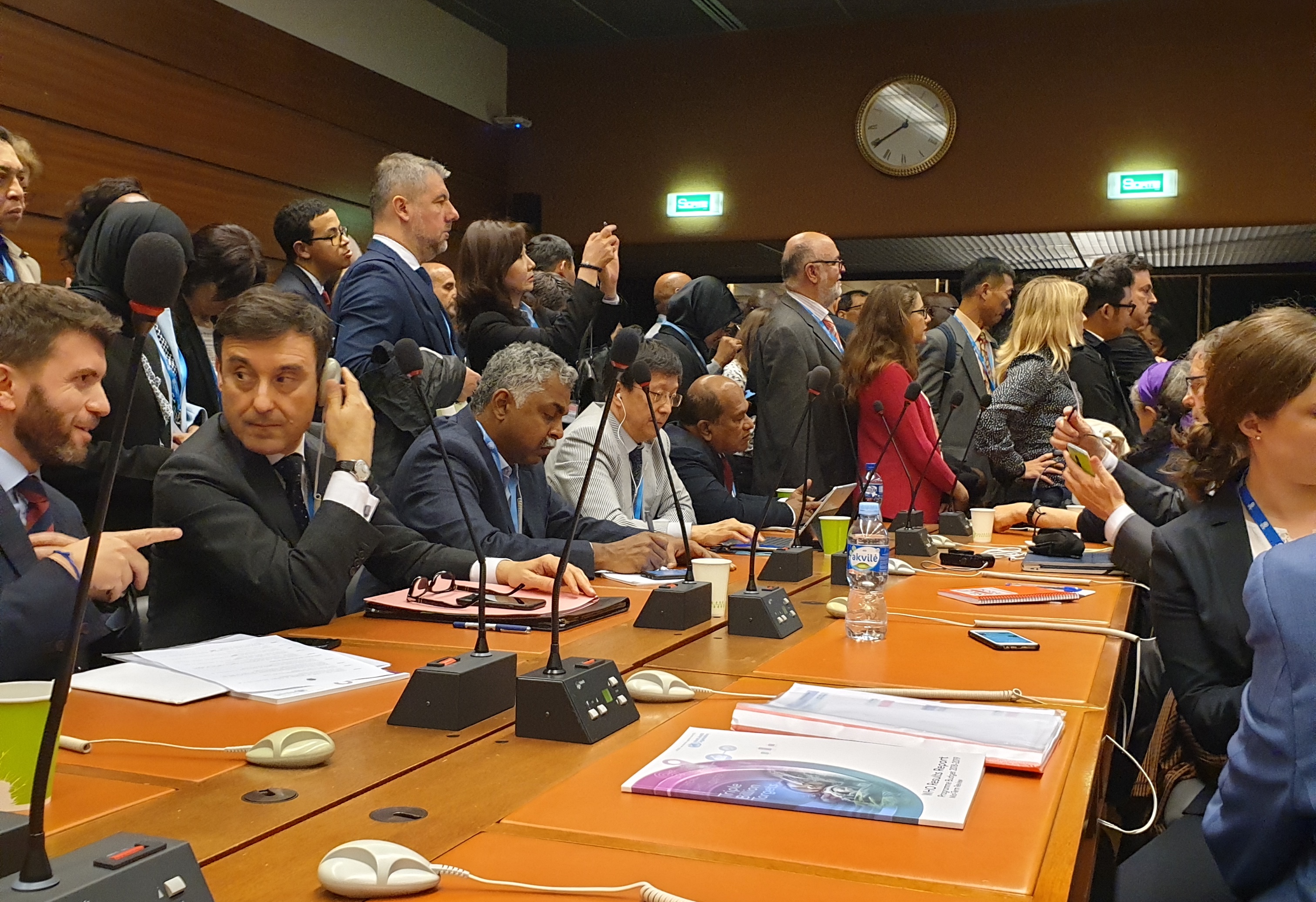 Treatments for previously untreatable or fatal conditions have become available, however due to some pharmaceutical monopolies driving high prices, people are prevented from accessing those medicines, said Neunghoo Park, Minister of Health and Welfare of South Korea. He called for collaboration among countries and noted that the promotion of better health should be central, and the ultimate goal of pursuing innovation in drugs.

Armando Bartolazzi, Italy’s Undersecretary for Health also remarked on the increasing number of valuable, but unaffordable, medicines. Transparency, he said, is recognised as a solution to address this challenge. The lack of information does not allow public actors to know if resources are allocated in the best way, he said, adding that tax payers currently pay multiple times for products when research has been conducted with public funds. He explained that “few clinical trials are in line with European Union law,” which requests that clinical trials be registered before they start and that summary results be reported within specific timelines. It also requires that results should be disclosed regardless of the fact that they might be negative, neutral or inconclusive. This disclosure would help further research and avoid the duplication of trials, he said.

Bartolazzi also commented on new products and said that not all products “are truly innovative,” but simply serve to preserve market exclusivity.

Bruno Bruins, Minister of Health, Welfare and Sport of the Netherlands talked about shortages of previously accessible medicines. Some antibiotics, he said, are manufactured in a single manufacturing site, calling the situation “worrying.” He, too, reflected on the expensive prices of new medicines, and called for increased collaboration between countries. A joint approach would improve health technology assessment, prices, and negotiating power, he said. Countries should be more transparent on the price they are willing to pay, he added, and innovation should be encouraged and rewarded, “but not at any cost,” he said.

Marta Temido, Minister of Health of Portugal, argued that the spread of chronic diseases and an aging population will drive up healthcare expenditure in the years to come. As health systems are “pressured to adopt new drugs,” she said, the need for evidence-based decisions and transparency are key.

For Sarangeral Davaajantsan, Mongolian Minister of Health, the price of medicines would decrease if transparency was legalised, as it might create competition between suppliers.

“We cannot continue business as usual,” said Faustino Blanco, Secretary General for Health and Consumer Affairs at the Ministry of Health of Spain. Countries have a justified concern about the inequality of the price of medicines and the true value added of new products, he said, underlining the essential role of a dynamic competition.

Soonman Kwon Seoul of the National University of Public Health of Korea also underlined the lack of bargaining power of many countries and the lack of information on R&D costs. High prices, he said, represent a “huge impediment” for universal coverage, even in high income country settings, threatening the sustainability of many health systems.

Giannis Baskozos, secretary general of Public Health at the Ministry of Health of Greece said the issue of affordability and transparency should remain high on the political agenda.

For Nikolaos Raptis, advisor to the Minister of Health of Greece, the non-disclosure clauses that countries have to sign is a way for the pharmaceutical industry to “divide and conquer.”

In the audience, Anban Pillay, deputy director general of the National Department of Health of South Africa [update] called countries to follow the South African example. The country enforced a law preventing those non-disclosure contracts, and requiring some compulsory information from pharmaceutical companies, such as the price of the active ingredients in their formulation. Transparency does not mean the information has to be disclosed to the public, he added.