A sensitive, closed-door selection of the new Executive Director for UNAIDS has kicked up a noisy social media debate among a number of leading global health figures, who questioned whether a separate bureaucracy for one disease, founded at the height of the AIDS epidemic, remains justified today – when bigger global health threats now loom. 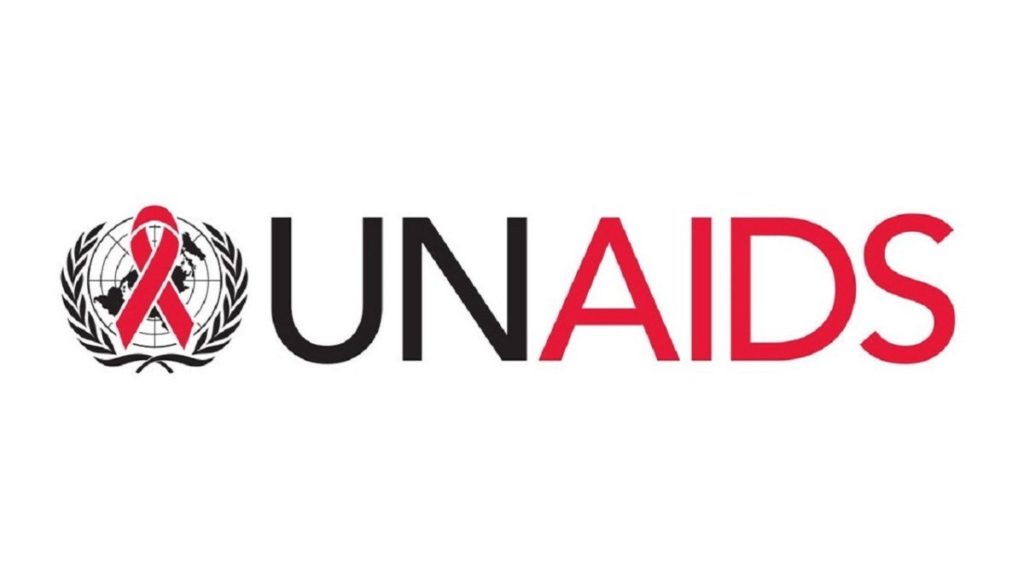 Noncommunicable diseases now represent the lion’s share of the disease burden even in developing countries, critics say, but the current global health architecture allocates few resources towards those yawning needs.

Rather than remaining in disease silos, they say, global health institutions should be driving countries towards more comprehensive systems of universal health coverage – which is a key strategic focus of the global health community.

The informal, but very public social media debate over the agency’s future took shape as the UNAIDS Programme Coordinating Board (PCB) met this week; the PCB was expected to issue its recommendation on a new Executive Director from a short-list of 5 candidates by Friday.

Although UNAIDS said that it would not formally reveal the names of the candidates to protect their confidentiality, sources told Health Policy Watch that the short-list included only one woman, Winnie Byanyima, Oxfam Executive Director, as well as four men: Sani Aliyu, Director General of the Nigerian National Agency for the Control of AIDS (NACA); Salim Abdool Karim, Director of the Centre for the AIDS Program of Research (CAPRISA), South Africa; Chris Beyrer, Professor at Johns Hopkins Bloomberg School of Public Health; and Bernard Haufiku, former Minister of Health and Social Services of Namibia.

Gender balance of the candidates’ shortlist looms as another background issue in light of the sexual harassment scandals that have recently shadowed the agency and its former Executive Director, Michel Sidibé.

In May, Sidibé left UNAIDS to become Health Minister of Mali, following a tumultuous year in which protestors picketed the agency’s Geneva headquarters and an independent review found that the Executive Director had created a “patriarchal culture” tolerating harassment and abuse of authority.

Debate Over Agency’s Purpose and Direction

But the debate that erupted yesterday in social media went beyond the legacy of the sexual harassment scandal, or the pros or cons of candidate selection processes, to consider the larger role UNAIDS should or could play in the evolving global health landscape.

It was kicked off by Robert Yates, head of the UHC Policy Forum of the Centre on Global Health Security at the UK-based independent think tank, Chatham House, in a Twitter post, stating that the most important qualities of the new UNAIDS Executive Director should be: “Courage and ability to wind up the organisation and integrate it into WHO.”

Yates went on to say that “the 10s (or 100s?) of millions of dollars required to finance a UN bureaucracy could be utilised more efficiently and equitably fighting HIV within other agencies.”

Yates’ comments were quickly echoed by a former senior WHO official, Anthony Costello, who chimed in, asking: “Why do we need a UNAIDs separate from WHO which is 100 yards across the road? And 600 yards from the Global Fund? Why not merge all three… with an operational global fund for health answerable to the World Health Assembly.”

Other critics noted that while 60 percent or more of HIV positive people in Africa are receiving treatment, access to treatment for non-communicable diseases, such as diabetes and hypertension, is less than 5 percent on the continent.

In an interview with Health Policy Watch, Yates said that the generally positive responses that he had received to his comments indicated that he was not alone in questioning the future direction of the institution, or its existence.

He noted that UNAIDS was founded at the height of the AIDS epidemic and in the era of the UN Millennium Development Goals (MDGs). In terms of health, the MDGS were largely focused on combatting three big diseases, tuberculosis (TB), HIV/AIDS and malaria, as well as improving maternal and child health.

“Huge successes were recorded in those areas,” he observed, and particularly for HIV/AIDS, he noted, where antiretroviral treatment became widely available, and preventive strategies were greatly improved, leading to a sharp worldwide decline in HIV/AIDS transmission and incidence.

Meanwhile, the proportionate burden of noncommunicable diseases such as stroke, heart attack, diabetes and lung disease soared, he said, and became the major cause of premature deaths in many low and middle income countries – along with affluent ones. And yet access to vital treatments for those conditions remained largely unavailable to the poor in many parts of the world.

“Given the situation we face in 2019 with the tremendous progress that has been made around treating HIV, is it really appropriate to have a whole UN agency devoted to one disease, particularly when all of the focus right now is universal health coverage, which is a bolder ambition of everyone accessing the health services they need without undue financial hardship?” asked Yates.

“We need to be getting maximum health benefits out of the resources that we have,” he added. “If you are able to reduce the bureaucracy that individual agencies will have, in terms of country representatives and headquarters costs and overheads, which are big costs, then, might that not be better spent on direct delivery through WHO with its UHC goal? It is time to question overall resource allocations and maybe the architecture and institutions that there are in global health,” he said.

“There is a big, big danger in health that we get very fragmented, that we are in disease silos. That reduces resources [and] increases competition,” he said, noting that “there is a lot to be said for rationalising what we do, rationalising the number of institutions on a global level, when UHC is a great thing to rally behind.”

“I am not running down the work or belittling the problem, but just looking rationally at the use of resources,” he stressed. “It would take a courageous leader to say our institution has done wonderful things, but it might be better now to wind up and put all of these resources in other agencies. That would be difficult to do, but it is what a lot of us in international development should be doing – not only in health but in other areas.”

UNAIDS was established by the United Nations Economic and Social Council (ECOSOC) in 1996, amid growing global concern over the expansion of the HIV/AIDS epidemic and its deadly toll – in 1995 nearly 17.9 million people were living with HIV globally, and nearly 3.6 million had died from AIDS since the beginning of the epidemic, according to UNAIDS: The First 10 Years.

As the only co-sponsored joint programme of the United Nations system, UNAIDS coordinates the efforts of its 11 cosponsoring UN organisations – including UNHCR, UNICEF, WFP, UNDP, UNFPA, UNODC, UN Women, ILO, UNESCO, WHO and the World Bank – around ending the HIV/AIDS epidemic.

With offices in 70 countries, and 70 percent of its staff based in the field, the UNAIDS secretariat had a budget in 2018 of US$ 140 million, while the budget for the entire joint programme in 2018 was US$ 242 million.

At the time of its founding in the mid-90’s, as the HIV/AIDS epidemic gained traction, “only a special United Nations system programme… [was deemed] capable of orchestrating a global response to a fast-growing epidemic of a feared and stigmatized disease whose roots and ramifications extend into virtually all aspects of society,” the cosponsoring organisations of the new agency said in their 1995 report to ECOSOC.

The cosponsors also underlined that a special UN programme was needed not only because of the “urgency and magnitude” of the HIV/AIDS epidemic, but “because of its complex socioeconomic and cultural roots, because of the denial and complacency still surrounding HIV and the hidden or taboo behaviours through which it spreads, [and] because of the discrimination and human rights violations faced by the people affected.”

UNAIDS is governed through its Programme Coordinating Board (PCB), which includes 22 member states, 5 NGO representatives and the 11 UNAIDS cosponsors. Although criticised at times for meeting behind closed doors, UNAIDS is in fact the only United Nations organisation with civil society represented in its governing body.

Despite the long shadow cast by the recent sexual harassment scandals, it could also be said that UNAIDS also became a victim of its own success. 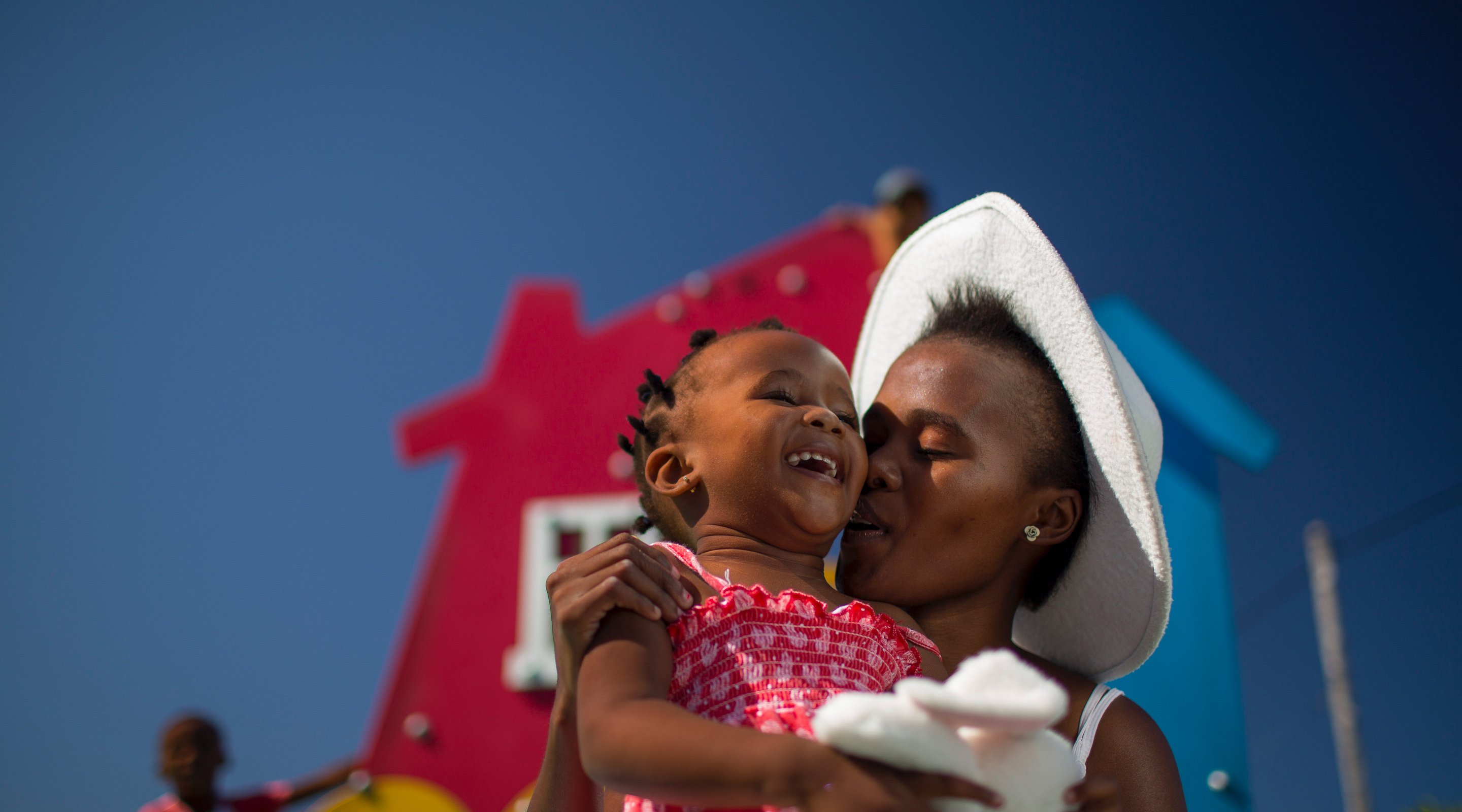 “A world without AIDS was almost unimaginable when the General Assembly held its first special session on the epidemic 18 years ago,” United Nations Secretary-General António Guterres said in his April 2019 report on the last decade of progress in ending the AIDS epidemic.

Representing both the success of recent efforts and the challenges that lie ahead, Guterres reported that at the end of 2017, approximately 75 percent of people living with HIV knew their status, 79 percent of those accessed treatment, and 81 percent of those on treatment had suppressed viral loads.

According to UNAIDS’ website, the organisation is unique among UN agencies as it “places people living with HIV and people affected by the virus at the decision-making table and at the centre of designing, delivering and monitoring the AIDS response.”

“UNAIDS,” it says, “has helped to position, shape and scale up the response to HIV like no other organization, encouraging dialogue and bringing in communities that have been left out of decision-making.”

“Without UNAIDS,” the website says, “the human rights of people living with HIV would have been held back and the voice of civil society would be heard far less often.”

In response to a Health Policy Watch request for comment, UNAIDS spokesperson Michael Hollingdale said:  “UNAIDS is a joint programme that brings together 11 UN organizations. An effective AIDS response has to be multisectoral and UNAIDS plays a vital role in ensuring that all people affected by AIDS have access to life-saving services and their rights are protected. To achieve the SDG target of ending the AIDS epidemic, we need to strengthen UNAIDS. There is much work remaining to be done and as a joint programme we are confident that by bringing all our strengths and assets together we can deliver results for the people we serve.”

Regarding the closed-door nature of the candidate selection process, Hollingdale said that the Programme Coordinating Board had decided to follow a process similar to the one used in 2008 to select the previous executive director [Sidibé], and protecting “confidentiality of the candidates to the maximum extent possible” was regarded as important.

“Board members have the possibility to express views on the different candidates,” Hollingdale said. “Subsequently, the Committee of Cosponsoring Organizations, under the leadership of UNFPA’s Executive Director, Dr Natalia Kanem, will be providing its consensus recommendation to the UN Secretary-General, who will appoint the Executive Director. There are still several steps left in the process, which reinforces the need to protect the confidentiality of the candidates.” He also noted that timelines and materials on the candidate selection process are published on the agency’s website.

David Branigan contributed to this story.