It’s often hard to see progress when the realities surrounding you are bleak: non-communicable diseases (NCDs) are the world’s biggest killer, responsible for around 70 percent of global deaths. Each year some 40 million people die of such chronic diseases as cardiovascular failure, cancer, respiratory illnesses and diabetes: the four main killers. Tragically, they take the lives of as many as 15 million people in their most productive period, between 25 and 65. Worse, many of these deaths are entirely preventable. Prevention and innovation are the two key weapons in the fight against NCDs. 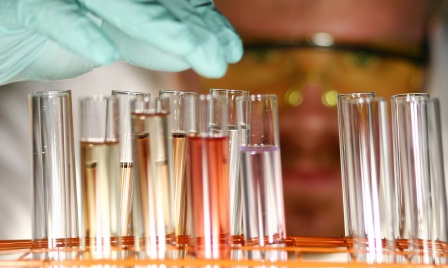 As international community and national stakeholders line up to assess the effectiveness of the global response to chronic diseases at the Third UN High-Level Meeting on NCDs this month, the R&D-based biopharmaceutical industry remains steadfast in its commitment to lead from the front on innovation.

Progress made in recent years in combatting the four main killers has been remarkable (even though the number of diabetics worldwide has soared fourfold in 40 years to 422 million). Today we’ve reached a tipping point in detection, diagnosis and treatment of NCDs where the ten-year survival rate for all cancers averages over 50 per cent; today’s treatment for diabetes type 1 is like day and night compared with then.

These gains are the result of many kinds of innovation – while some lead to incremental improvements in health others are so fundamental they lead to radically new approaches and cures, opening up new disciplines and allowing new hope for cures. But none comes without risk.

Just imagine the risk that Mario Capecchi, now professor of Human Genetics in Utah, took in 1980. He decided to bend the rules and use a NIH US government grant to pursue a different project than the one it was intended for. Putting his stellar career as a scientist on the line, he used the grant to pioneer the development of gene targeting in mouse embryo-derived stem (ES) cells, a technology that allows scientists to create mice with mutations in any desired gene. His work made him a Nobel laureate and paved the way the new gene therapies that are now so promising.

Heavy investments in research ($159 billion in 2017 alone) and considerable manhours have enabled the development of successful treatments. Innovative research into the way the body’s immune system fights cancer has resulted in a new wave of targeted immunotherapies that, with drugs known as checkpoint inhibitors, reprogram the body’s immune system to attack tumors. Approved PD-1 inhibitors are being used to treat such cancers as melanoma, bladder and liver.

Similarly, adoptive cell transfer (ACT) uses a patient’s immune cells to treat their cancer, with CAR-T therapy using T-cells to help orchestrate the immune response to aggressive cancers and kill cells affected by pathogens. In all, there are today as many as 1 900 drugs in development for treating the more than 200 different forms of cancer.

Breakthrough innovation for cancer have tended to be costly, reflecting the complexity of the disease – clinical research for new cancer medicines takes an average 1.5 years longer than treatments for other disease areas. But improving access to cancer treatments does not have to require significant increases in cost. Comparable countries with similar levels of cancer spend currently have very different survival rates for the same types of cancer. So, there is more going on than simply the price of the medicine. To put the treatment and the importance of achieving optimal survival rates into context, it is worth knowing that the economic cost of cancer is estimated to be 1.16 trillion dollars, and the annual global spend on cancer medicines is just 5% at 55.3 billion.

The Anatomy of Innovation

Innovation, always costly, comes in many forms: breakthroughs, failures as well as marginal gains, known as incremental innovation. Up to 63% of the drugs on the WHO Essential Drug Lists fall into that category, with almost 25% of therapeutic indications treated by drugs that were initially discovered to treat a different disease.

Innovation can benefit from more collaborative research, involving progressive multi-stakeholder partnerships, to discover effective treatments that can delay the onset and progression of, say, Alzheimer’s – a disease that afflicts 50 million worldwide today.

But progress rarely follows a steady and straight line; the risks involved are huge. There have been far more setbacks in Alzheimer’s research than success. For example, between 1998 and 2017, there were 146 attempts to bring new Alzheimer’s treatments to market, but just four successful approvals, none of them a breakthrough.

Taking on the risks of innovation and effective collaborations to drive progress require a strong innovation ecosystem: a robust IP system allows speedier investment, discovery and knowledge-sharing. This model supports the development and production of low-priced generic medicines that rely on the initial R&D, thereby lowering health care costs in the longer term. That way, a “medical miracle” gradually becomes a standard of care.

The huge burden of NCDs on healthcare systems and societies – $47 trillion in lost output over the next 20 years, WEF estimates – will continue to rise unless governments persuade people to change their lifestyles and encourage investment in research. Equally important, healthcare systems must be adequately funded to ensure an environment conducive to innovation for further scientific discoveries and dynamic technologies. These will reduce death rates, improve health outcomes, and offer a better quality of life to millions of patients.

Thomas Cueni is an economist, journalist and former Swiss diplomat, and today is head of the IFPMA, representing the innovative pharma industry and accredited organization in official relations with the United Nations.