Scientists from a range of countries are calling for an update to World Health Organization guidelines on biosimilar products in order to help national authorities better implement policies to make biosimilars less costly. Current guidelines are outdated and are being misused, they say. But a WHO official told Health Policy Watch the guidelines document should not be made “over-prescriptive”, and that a thorough assessment by an expert group last year found a revision unnecessary but will keep considering it. 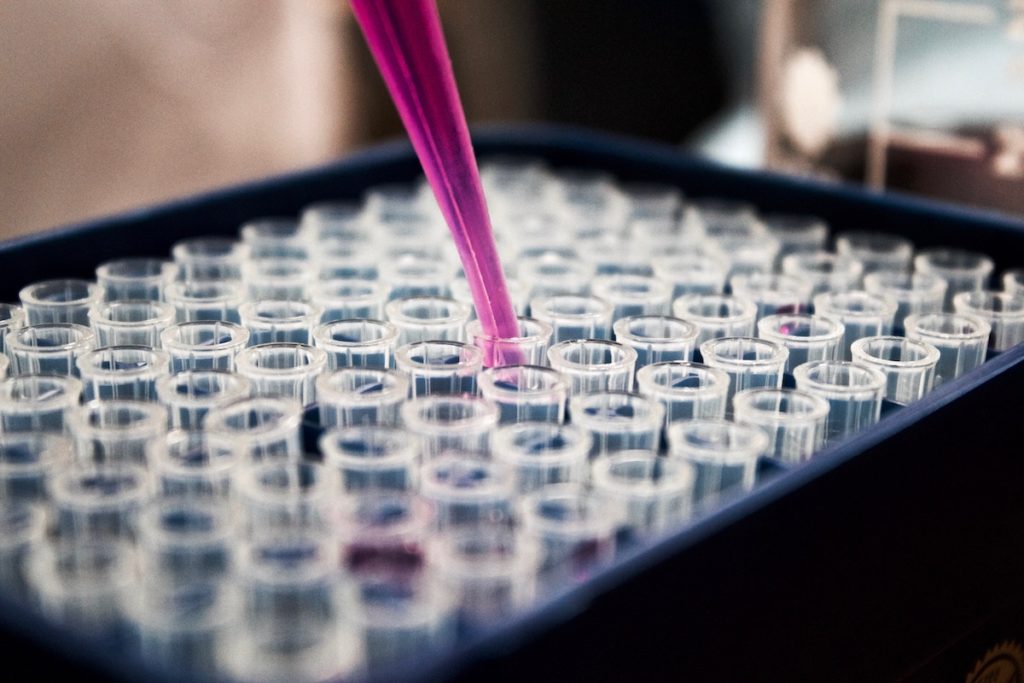 “A revision of the WHO’s Guidelines on Evaluation of Similar Biotherapeutic Products (SBPs), in place of a Q&A, is urgently needed to enhance the knowledge and effectiveness of regulatory agencies based on scientific evidence,” the scientists said in a memo, arguing that a WHO Q&A on the topic from 2018 is not equivalent to an update of the guidelines. A WHO expert committee went through a process to develop a Q&A on the issue, adopted last October. The process included taking views like the scientists’ into account, according to sources.

The WHO issued Guidelines on biosimilars in 2009. The Q&A document, available here, is seen as complementing and serving to clarify guiding principles as well as principles on biosimilar monoclonal antibodies (a 2016 document).

The WHO webpage on biotherapeutics, with links to the relevant documents, is here.

The issue is not formally on the agenda of the upcoming 72nd World Health Assembly, which takes place from 20-28 May at the WHO. But it is expected to come up during the discussion of a roadmap on access to medicines and vaccines for 2019-2023, a proponent for revision said.

According to sources, some countries at the January WHO Executive Board meeting repeated the request to update the 2009 guidelines. The scientists’ memo was sent to two top WHO officials in recent weeks.

The memo recommends the update of the guidelines be based on the following scientific principles:

Signatories to the memo include scientists from Colombia, India, Italy, the Netherlands, Spain, and the United States.

At the January Executive Board meeting, Mexico, Colombia, Peru, Sudan, and Dominican Republic mentioned “biosimilars” and the WHO assistant director general talked about the “pre-qualification of two cancer biosimilars and how three biosimilars for an RA drug had a massive influence on price,” according to Universities Allied for Essential Medicines. Also at least 8 countries in the accelerating cervical cancer debate said that they find the HPV vaccine to be too expensive or not available in large enough quantities, UAEM said, noting that a search showed the original vaccine was developed by three universities and one public research institution but two pharma companies cross-licensed their patents.

‘Gross Misuse’ and Other Concerns

Among the concerns raised by the memo is that a revision would be better than a Q&A for educating the national regulatory authorities, and that the absence of an update has led to “gross misuse” of the original guidelines by pharmaceutical companies. By using their own interpretation of the “unclear and outdated” guidelines, pharmaceutical companies are “protecting their market power in lower middle income countries by putting pressure on governments to refuse marketing authorization of biosimilars,” it charged.

As examples of misuse, it pointed in a footnote to a lawsuit brought by “big pharma” against the health ministry of Colombia aimed at getting the Supreme Court to invalidate a presidential decree containing requirements for marketing authorization for biologics, including biogenerics. It also cited a preliminary injunction issued by a judge against the regulatory authority of Ecuador after it approved a generic version of a drug (bevacizumab). In suing the governments, the companies are citing failure to follow the WHO guidelines, the memo said.

Other technical points in the memo detail concerns about differences and interchangeability between the similar biotherapeutic products (the biogeneric product) and the reference biotherapeutic product (the originator product), plus the issue of immunogenicity (a negative response in some humans to the product), and issues around clinical trials.

The memo states: “The methods to analyze proteins have improved dramatically in the last decade reducing the possibility that a difference between SBP [biosimilar] and Reference Biotherapeutic Product (RBP) is missed, which has possible clinical consequences. These methods allow full characterization of proteins, in detail, regardless of their size and complexity. …The technology and also the experience of scientists involved in the production of biotherapeutics have matured in the last 20 years. The overall quality of these products has improved, and the number of safety issues associated incidents has been extremely low. These evolutions have greatly reduced the likelihood of a difference between SBP and RBP with a clinical impact.”

The insistence on the comparative clinical trial was that SBP may induce a different immune response, which the memo says is not true, the proponent said.

Current regulations are seen as increasing the cost and time due to clinical trials, the source added, and the memo suggests following the principles it sets out for revision in order to make development faster and less costly.

WHO Expert Committee: All Okay for Now

At its annual meeting in October 2018, the WHO Expert Committee on Biological Standardization (ECBS) adopted the Q&A document, which went through months of public comments, and confirmed that the 2009 guidelines remained valid and did not require revision at that point. The next meeting of the ECBS will be October 2019. It was unclear at press time who the committee members are or how they were chosen.

François-Xavier Lery, Coordinator for Technologies Standards and Norms [TSN] at WHO, explained to Health Policy Watch:

“In 2014 the World Health Assembly requested that the WHO Expert Committee for Biological Standardization (ECBS) update its 2009 Guidelines on Similar Biotherapeutic Products (SBPs, also called biosimilars) to take into account technological advances in the characterization of rDNA-derived products. In response, WHO organized informal consultations to evaluate the need for review of biosimilars evaluation considering scientific developments. In particular, it was agreed in a 2017 consultation that developing a Q&A document to accompany the 2009 Guidelines would be an appropriate way to further clarify and complement some of the issues and points covered in the Guidelines. At its meeting in Oct 2018, the WHO ECBS adopted the Q&A document and confirmed that the 2009 Guidelines remained valid and did not therefore require revision at this point.”

“The Q&A document complements and serves to clarify guiding principles included in the WHO Guidelines on biosimilars (2009) and on biosimilar monoclonal antibodies (2016),” he continued. “Taken together, these three documents provide up-to-date guidance on evaluation of biosimilars. As more experience is gained and with technological advances, the Expert Committee will keep considering the opportunities for streamlining the WHO recommendations for promoting access while maintaining high quality, safety and efficacy standards for biosimilars. The intention is to update the Q&A document periodically to reflect new developments and issues that arise.”

“It should be noted that the 2009 guidelines document and the complementary Q&A document do not address issues relating to intellectual property, interchangeability, switching, substitution, naming, labelling and prescribing information, or product shortages,” Lery clarified.

“Interpreting the WHO guidance and implementing it at national level for a better access and use of biosimilars require therefore elaboration of further national requirements,” he said, “and it would be inappropriate to ask the WHO guidelines document, the Q&A document or any future updated versions of the guidelines to address questions out of scope or to be over-prescriptive towards national regulatory authorities, making difficult the implementation and in the end creating barriers to access.”

The scientists’ memo bases the rationale for the urgent request on the 2014 resolution, saying, “The leading principles on which the WHO guidelines are based are ‘the guidelines will serve as living document that will be developed further in the line with the progress in scientific knowledge and experience’.” It also noted the resolution said, “it is expected that a guideline on the scientific principles for evaluation of SBPs will help harmonize the requirements worldwide and will lead to greater ease and speed of approval and assurance of the quality, safety and efficacy of these products.”

The 2009 resolution called for the committee “to update the 2009 guidelines, taking into account the technological advances for the characterization of biotherapeutic products and considering national regulatory needs and capacities’.”

The final Q&A was adopted by the expert committee in October 2018. The final version did not make many changes from the draft version, sources said.

The draft Q&A stated that in response to the resolution, WHO convened meetings “to identify the needs and text which should specifically be updated.” In April 2015, an informal consultation on the possible amendment of the guidelines was organized.

In the consultation, WHO said, “All participants from national regulatory authorities (NRAs) from both developing and developed countries, as well as industry recognized and agreed that the evaluation principles described in the WHO Guidelines were still valid, valuable and applicable in facilitating the harmonization of SBP requirements globally.”

“It was therefore concluded,” the Q&A said, “that there was no need to revise the main body of the existing WHO Guidelines on SBPs.”

“However,” it explained, “it was also agreed that there was a need for additional guidance on the evaluation of monoclonal antibody products as biosimilars which was then developed and adopted by the ECBS 2016. In May 2017, WHO held another meeting entitled ‘WHO consultation on improving access to and use of similar biotherapeutic products’. From the outcome of this meeting, WHO noted that developing questions and answers (Q&As) is more appropriate than revising the Guidelines in order to further clarify and complement some areas and points written in the Guidelines. The Q&As would be produced for guidance only and should be read in conjunction with relevant WHO guidelines. The Q&As are intended to provide clarity by addressing questions that may arise in the use of WHO Guidelines.”

More on the Memo

In the introduction to their memo, the scientists shorthand the goal of the mandated update to be “to increase access and affordability of biosimilar products across the globe.” The WHA resolution is less direct, stating the goal: “to work to ensure that the introduction of new national regulations, where appropriate, does not constitute a barrier to access to quality, safe, efficacious and affordable biotherapeutic products, including similar biotherapeutic products.”

The signatories to the memo are: