A report launched jointly today by Population Services International (PSI), London School of Hygiene and Tropical Medicine and the World Health Organization shows that people’s knowledge of their HIV status in sub-Saharan African countries nearly doubled just four years after self-testing programmes were introduced. Separately, a group of French NGOs called on the French President to lead elimination of HIV/AIDS, tuberculosis and malaria by 2030. 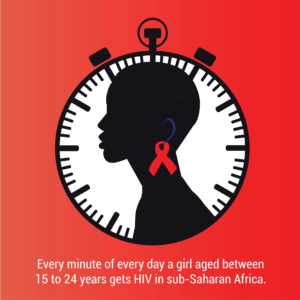 ‘Know your status’ is the theme for this year’s 30th annual World AIDS Day, celebrated on 1 December.

The report on the HIV Self-Testing Africa (STAR) Initiative indicates an estimated 45 percent of people living with HIV in sub-Saharan Africa knew their status at the end of 2014, just before the STAR initiative was launched, as compared to 81 percent today.

The STAR initiative funded by Unitaid is the largest HIVST project globally.

“The brilliance of the Unitaid-funded STAR Initiative has been to take a recognized technology and find ways to get it into the hands of those we most need to reach if we are to control the HIV epidemic: men, highly stigmatized groups and those who have been left out of years of investment in HIV testing,” Karl Hofmann, President and CEO of PSI, said in a press release. “STAR has created new momentum, brought new actors onto the scene, unlocked new investments by governments and donors. STAR is opening a new chapter in the push to Know Your Status.”

Separately, on the eve of World AIDS Day, a group of 10 French-based NGOs, including Médecins du Monde, called on French President Emmanuel Macron to ensure elimination of HIV/AIDS, tuberculosis and malaria by 2030.

This campaign day was initiated by WHO in 1988 as the epidemic was overwhelming countries and health systems.  While many health professional and civil society groups around the world marked this year’s date with reflection on achievements of the past 3 decades in reducing HIV transmission, removing stigma and expanding access to anti- retroviral drugs, the French NGOs were looking forward, not back.

In an online petition published by Change.org, the groups issued a strident call to action, aimed at the Global Fund Replenishment Conference, set for 10 October 2019 in Lyon, France. The groups, also including Action Santé Mondiale, Sidaction, and others, noted the 2019 conference would be a unique opportunity for Macron to lead a campaign on global elimination of three of the world’s deadliest infectious diseases.

“Mr Macron, President of the Republic of France … [we] call on you to do everything required to put an end to the epidemics of HIV/AIDS, tuberculosis and malaria…. “ said the petition, released in French and English.

“Ladies and Gentlemen, you must act now. Don’t let yourselves be infected with indifference: you have the choice, you have the power to rid the world of these terrible pandemics. We are counting on you.”

Link to the petition is here: https://www.change.org/p/sida-une-minute-pour-agir-signez