Novartis has relinquished a patent granted by the European Patent Office for Kymriah, a promising new gene therapy for certain forms of leukemia, claiming the patent was no longer essential to the development and marketing of the treatment. The decision followed the moves by the Swiss-based NGO, Public Eye and the French-based Doctors of the World/Médecins du Monde to contest the patent in the European Patent Office. Their opposition, filed in in July, claimed that the price of the innovative therapy was “exorbitant” – with one infusion of the therapy costing CHF 370,000 in Switzerland.

Kymriah, one of the first CAR-T [Chimeric antigen receptors T cell] therapies to receive marketing approval in Europe, is specifically designed for treating relapsing or treatment-resistant forms of acute lymphoblastic leukemia (ALL). It was developed by the University of Pennsylvania and later licensed exclusively by Novartis. CAR-T cell therapies rely on an innovative process in which a patient’s own T cells, which are critical to the body’s immune system, are collected and genetically modified to target cancer cells more effectively, and then reinfused back into the patient to attack the cancer.

The Kymriah treatment is so far being used in a limited number of patients, for instance about 100 people a year in Switzerland.  However, the underlying technology of CAR-T therapy holds much promise for treating other kinds of cancer as well. This could mean a rapid increase in the demand for similar therapies in the near future. Thus, the decision on the “patentability of such procedures” is “crucial” for setting a precedent, Public Eye said in a July statement about the patent opposition.

In a letter to the European Patent Office dated 29 November, representatives for Novartis and the University of Pennsylvania, requested the revocation of the patent on the grounds that “the proprietor no longer approves the text on the basis of which the patent was granted, and will not be submitting an amended text.”

The unexpected move was welcomed by Public Eye and Médicines du Monde, who had prepared for a long fight after they officially filed an opposition with the European Patent Office in July on the grounds that the “subject-matter lacks novelty.” The NGOs said the patent would pave the way for the Swiss pharma company to claim broad, exclusive rights not only over Kymriah, as such, but over other CAR-T cell technologies on the European market. Surprisingly, the patent holders submitted a request to withdraw the patent before the opposition procedure had in fact begun. 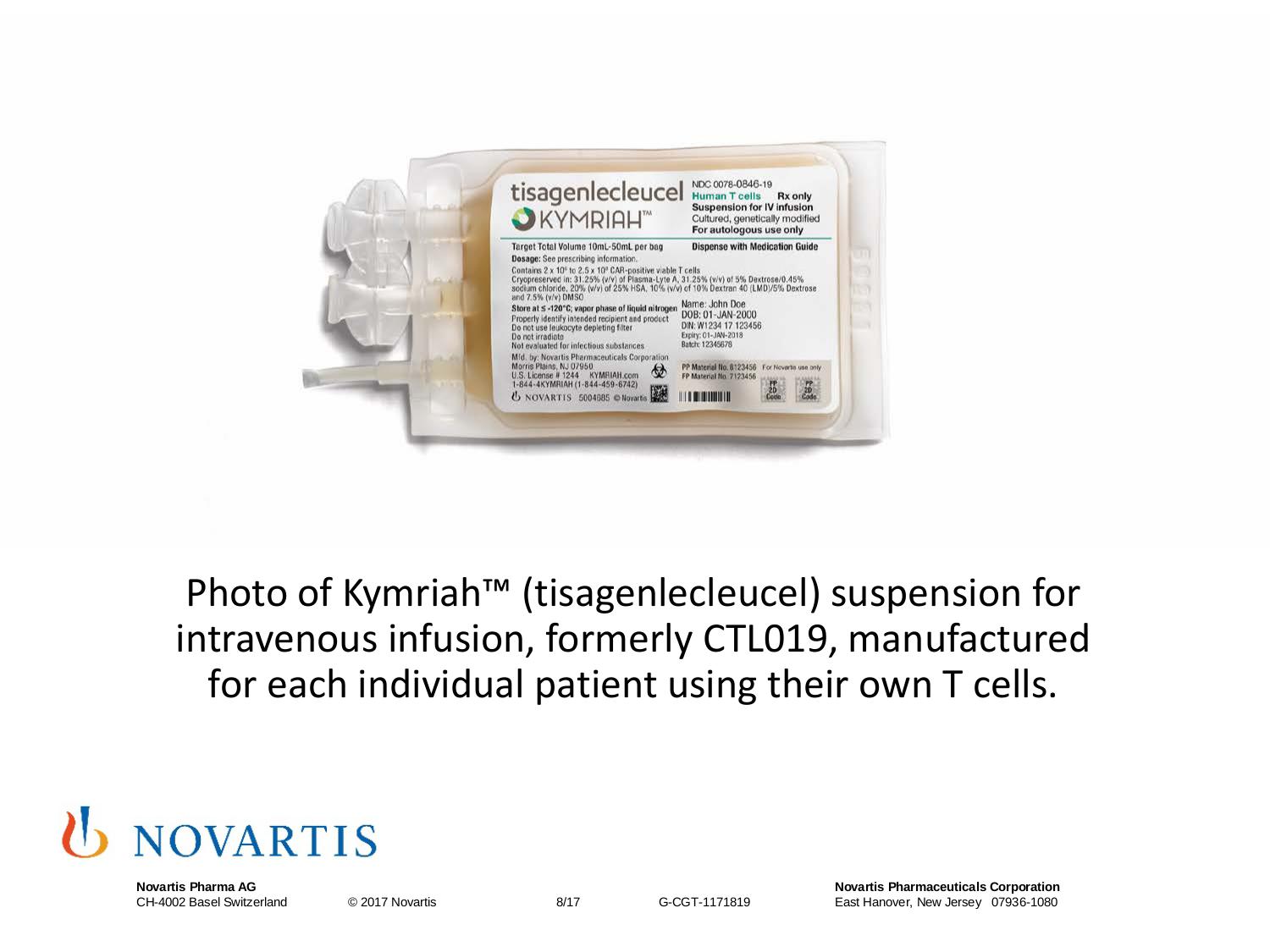 In response to the recent patent revocation request, Public Eye said in a statement, “This volte-face confirms that the patent should never have been granted in the first place, given that the underlying technology is not novel. It also questions the validity of other patents on Kymriah and weakens the monopoly position of the Swiss giant in future price reviews.”

The NGO added that the revocation should benefit an initiative by a number of leading Swiss university hospitals, among others, “to develop similar but considerably cheaper cancer therapies.”

In the patent revocation letter, Novartis and the University of Pennsylvania’s representatives claimed that the opposition’s arguments were “without merit.”

“[We] strongly believe in the importance of intellectual property rights as an incentive for ground-breaking innovation such as Kymriah. However, the opposed patent is not critical to the continued developement and marketing of Kymriah and the decision has therefore been taken to withdraw the opposed patent,” a Novartis spokesperson was quoted as saying to the Swiss online journal, swissinfo.ch.

Last September, Novartis also dropped a second patent application for another aspect of the treatment. However, Novartis does hold a patent on Kymriah, as such, in Europe and elsewhere. Experts in intellectual property law say that this patent still protects Novartis against the production of identical versions of Kymriah by competitors.  However, withdrawal of the other two patents leaves open a wider door for competitors to lower costs with the advance of further CAR-T innovations.