A new Knowledge Portal that aims to ease policymakers’ access to reliable information about themes in medicines access, pricing and pharma innovation was launched today by the Global Health Centre of Geneva’s Graduate Institute of International and Development Studies.

The Portal currently covers some 17 topics grouped under three broad themes – Pricing, Intellectual Property and Innovation. But there are plans to double that number, through a hybrid approach of Wiki-style crowd-sourcing and academic curation of suggested content, says Suerie Moon, research director at the Global Health Centre and project lead.

Moon said that the project, supported by the Open Society Foundations, aims to demystify often complex topics and put existing knowledge at the fingertips of policymakers and their advisors – who need vital background on issues that are increasingly hot topics of debate in UN fora, as well as in national health systems. 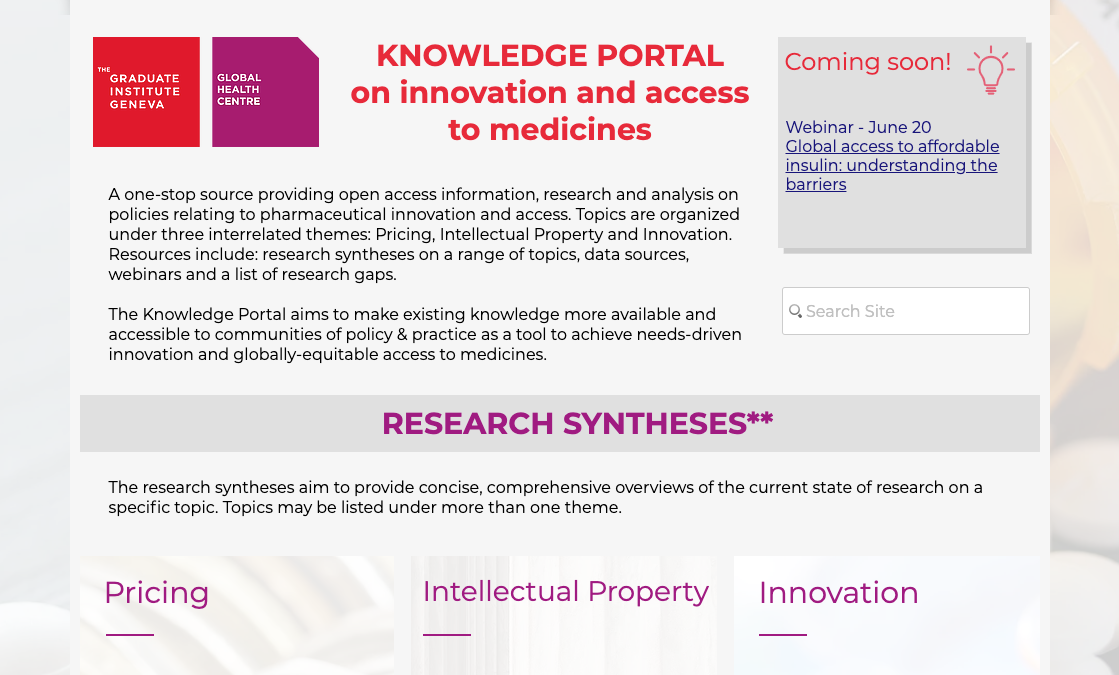 “The real added value is the research syntheses, which is hard to get anywhere else,” Moon observed. “Sometimes these are buried in a Masters’ thesis, or an academic article, but they are generally not produced for the policy practitioner community. “We have synthesized this research to provide concise, up-to-date summaries on the state of knowledge on each policy topic.”

For instance, under the “Pricing” tab, a user can find can find easy-to-read descriptions and assessments of the often highly technical tools and tactics used to make drugs more affordable in low- and middle-income countries, such as Tiered Pricing and Voluntary Licensing.

Under “Innovation,” initiatives such as Patent Pools, Priority Review Vouchers and Advanced Market Commitments, are described. These are often used to stimulate new drug development, while promoting broader medicines access.

“For instance, with regards to accessible pricing, different stakeholders will say ‘why don’t we solve the issue with tiered pricing, or using donations, or we can solve it using bulk procurement?’ But when I engage in these debates, people don’t have easily at their fingertips the evidence that they need to assess whether any particular solution will work to solve the pricing challenge.”

“The issue area is quite sensitive and sometimes quite polarized. You have a lot of sides producing documents that might support one or another perspective, but not a lot of groups that have taken a step back to say what do we know about this issue?”

Along with synthesis of each major topic, the Portal’s other key features include:

Moon said that the research syntheses and other documentation are “living” instruments that will undergo open peer review and be periodically updated to incorporate feedback and new research.

In that respect, she hopes to harness some of the approaches used by open-source libraries such as Wikipedia, where the crowdsourced feedback will constantly improve the site.

“I’m a huge fan of the Wiki philosophy,” says Moon. “We want other people to send us their feedback and ‘what did we miss’,” noting that comments and suggestions for the online materials, as well as the webinar series, are welcome at globalhealthresearch@graduateinstitute.ch. 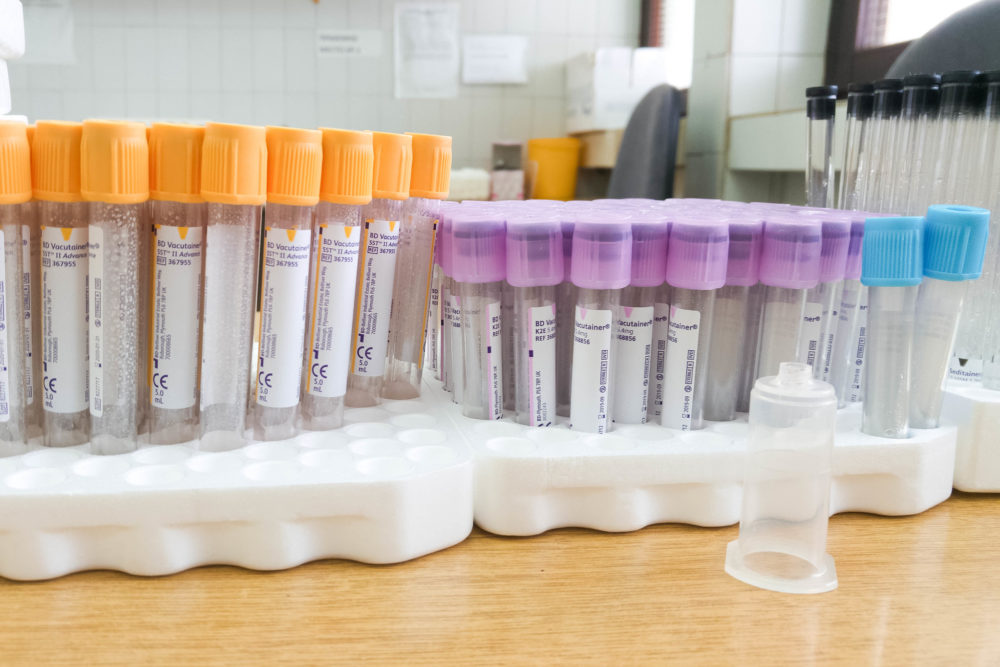 Building the Portal – Curation and Interpretation

At the same time, she draws a clear line between the Portal’s development by an academic sponsor such as the Graduate Institute, and the Wikipedia approach that relies almost entirely on crowdsourcing.

“The difference is in the expert curation and interpretation,” she said. “You know who wrote it, and that there is an academic reputation behind it. While we are not claiming that it is perfect, and we do want to spur a Wiki-type reaction, we also hope the resource will have a different level of credibility and value.”

She says that the focus themes and topics were originally chosen from a series of interviews and expert meetings. While it was impossible to do systematic literature reviews, the syntheses are the product of comprehensive literature reviews, supplemented by in-person meetings and peer review. Each topic synthesis is accompanied by referenced sources, which users can further explore.

Charting what is missing is as important as what exists, Moon added. In some areas the team found an abundance of recent research, whereas in others, a dearth.

For instance, with regards to medicines shortages – the subject of a World Health Assembly resolution in 2016 – the team found little recent published analysis of drivers and causes.

“Researchers follow trends like everyone else,” Moon observed. “So you have certain topics that are trendy and there may be multiple reviews in a single year. And then there are other areas where there are lots of gaps and we haven’t had a significant new review in 5-10 years.”

“We were constantly filtering through the most important pieces of research and policy analysis to put it together in a coherent story line,” she said, noting that the project is managed by a small team at the Graduate Institute. “Now, we will wait to hear back from the broader policy and practice community on our Version 1.0, and as we get input from different readers, we will be updating and posting the improved versions – although we will keep the older versions online.”