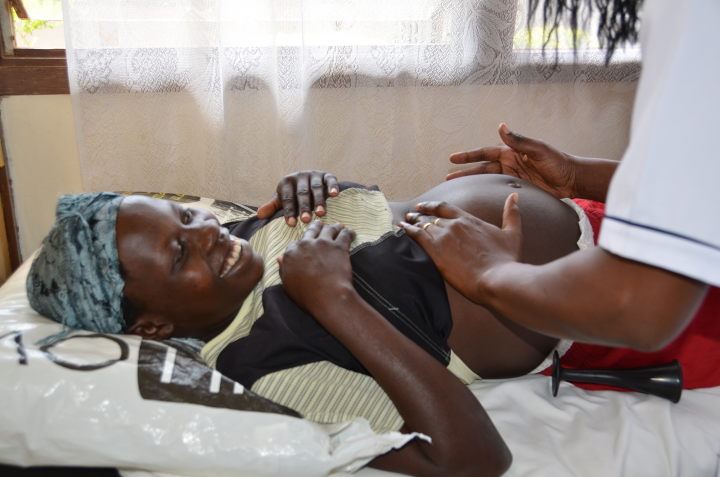 Geneva and Liverpool (8 March 2020) – A new collaboration announced on International Women’s Day 2020 aims to help establish pregnancy registries in malaria-endemic countries in Africa to help fill the data gap on the use of antimalarials in one of the most vulnerable populations to malaria.

The study, led by Medicines for Malaria Venture (MMV) and the Liverpool School of Tropical Medicine (LSTM), will set up pregnancy registers to capture data through a prospective observational study on the real-life use of ACTs during all stages of pregnancy, including the first trimester. The study will be conducted in three countries across Africa with the goal of collecting enough safety and exposure data that, if positive, would allow for policy change on the use of ACTs in the first trimester of pregnancy.

“Pregnant women are disproportionately affected by malaria – 29% of all pregnancies in sub-Saharan Africa were infected in 2018,” said Dr David Reddy, MMV’s CEO. “Yet their needs have not been fully addressed. We are delighted to be collaborating with LSTM to establish a pregnancy registry – a clear first step towards collecting the data necessary to support the medical needs of women suffering from malaria, during every stage of pregnancy.”

Artemisinin-based Combination Therapies (ACTs) are the standard of care for malaria, and are recommended by the World Health Organization (WHO) for children and adults including pregnant women who are in their second and third trimester. Even though they are recommended by the WHO, limited data are available in second and third trimester for the more recently approved ACTs. In addition, ACTs are currently not recommended in the first trimester of pregnancy owing to a historic lack of safety data. However, there is evidence that a significant proportion of women seeking treatment for malaria in early pregnancy are treated with ACTs either because they do not know, or are unable to declare that they are pregnant.

The effort will also contribute to healthcare systems strengthening and capacity building, and encourage a sustainable pharmacovigilance culture in resource-constrained healthcare systems. Furthermore, in partnership with researchers and local regulatory authorities that are responsible for pharmacovigilance, a longer-term goal of the project is to develop a standard protocol and a network of sites that will collect safety data for all antimalarials and medicines for infectious diseases (e.g. HIV, TB) circulating in relevant endemic regions.

Professor Feiko ter Kuile, Head of the Malaria Epidemiology Unit at LSTM, said: “This new collaboration with MMV will give us the opportunity to gather much-needed data and provide a robust framework from which policy makers can make informed decisions that will benefit women when they are at particular risk of malaria, during pregnancy. The work will build on our extensive research and clinical experience in the field, and this pregnancy registry should allow us to gather safety data, not only on anti-malarials, but for drugs for the treatment of other infectious diseases that affect pregnancy.”

For more information, see the press release at MMV.