Over 80% of school-going adolescents worldwide get less than one hour of physical activity per day – leaving children at risk of poorer cardiorespiratory and muscular fitness, bone and metabolic health, and slower cognitive development than their more active peers. The new study published Friday in the Lancet Child & Adolescent Health journal also found that girls are more likely to be insufficiently active than boys, and the gender gap is only widening in most countries.

“Urgent policy action to increase physical activity is needed now, particularly to promote and retain girls’ participation in physical activity,” says study author Dr Regina Guthold of the WHO in a press release. 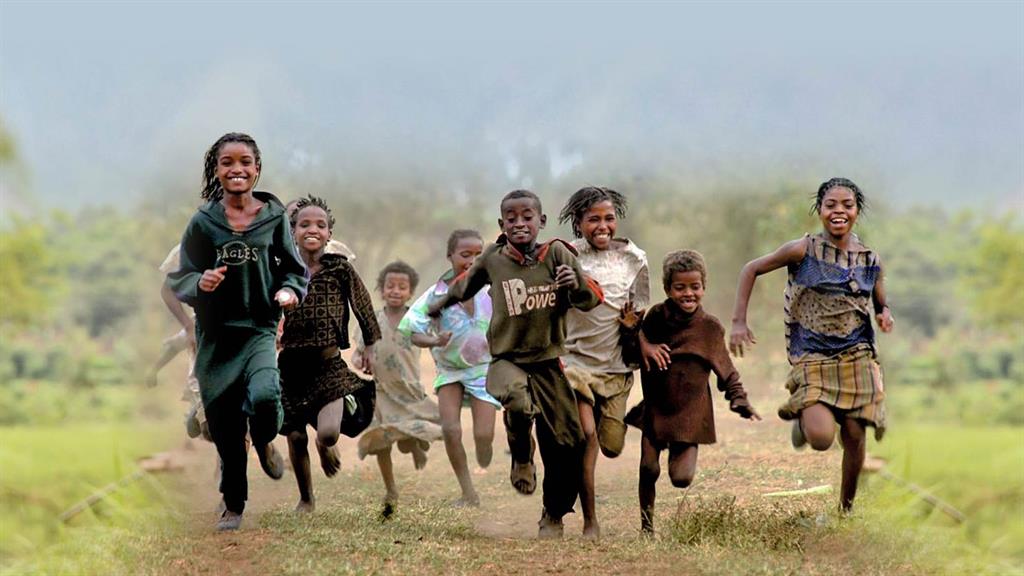 The first-ever such study to analyze global trends for adolescent physical activity, Global trends in insufficient physical activity among adolescents: a pooled analysis of 298 population-based surveys with 1·6 million participants, was a massive undertaking funded by the World Health Organization and conducted by researchers from WHO, Imperial College London, and the University of Western Australia. The extensive study evaluated data collected annually between 2001 to 2016 on some 1.6 million 11 to 17-year-old students across 146 countries.

In a third of the countries surveyed, the fraction of girls meeting the one-hour guideline for daily physical activity was more than ten percentage points lower than the percentage of boys meeting the recommendations, with the United States and Ireland seeing the biggest gaps. Between 2001 – 2016, the gender gap widened in almost three-quarters of the countries surveyed.

The study found some 15% of girls and 22% of boys maintain the minimum WHO-recommended level of daily activity, and in all but four countries, girls were less active in boys. 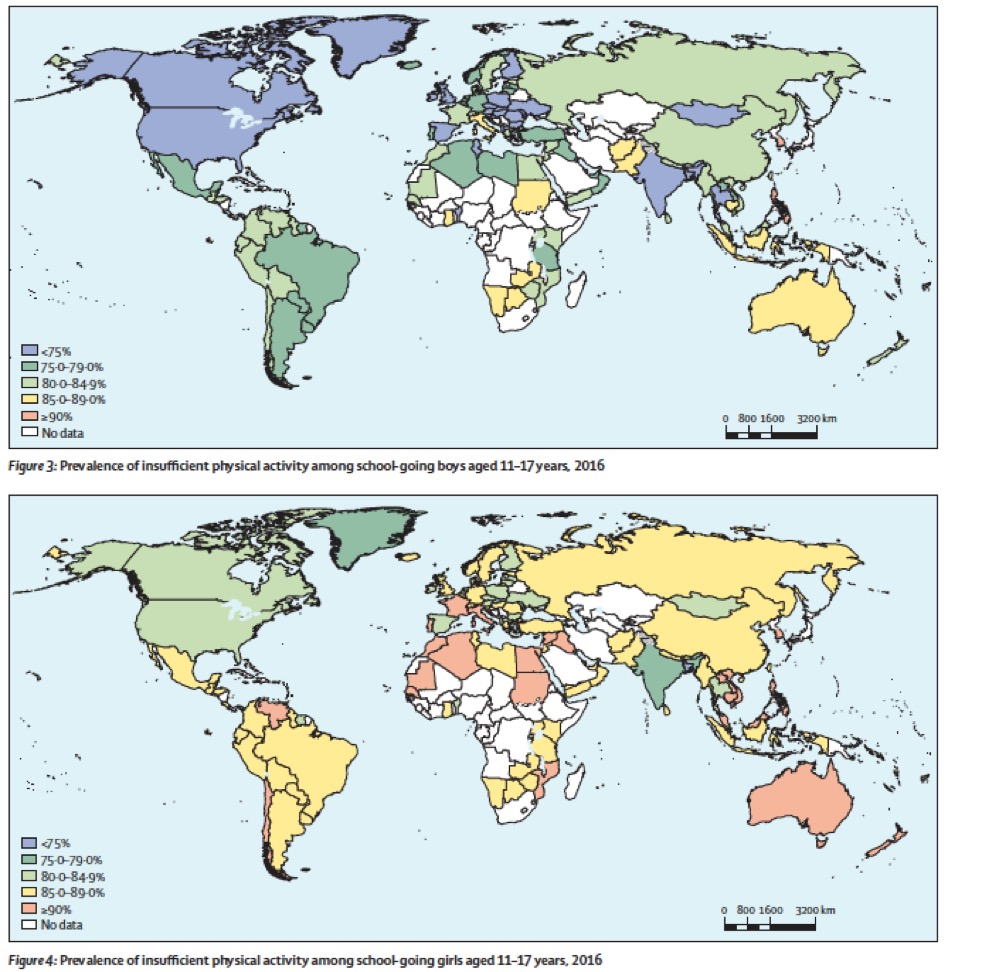 “The trend of girls being less active than boys is concerning,” said study co-author Leanne Riley, WHO. “More opportunities to meet the needs and interests of girls are needed to attract and sustain their participation in physical activity through adolescence and into adulthood.”

As a case study, the country with the starkest gender difference in physical activity levels is the United States, where approximately 36% of all boys but less than 20% of girls were sufficiently active in 2016. The authors posit that good physical education in schools, pervasive media coverage of sports and availability of sports clubs may have contributed to the increase in the proportion of boys exercising, but girls were not getting the same benefits.

To increase physical activity for young people, governments need to identify and address the many causes and inequities – social, economic, cultural, technological, and environmental – that can perpetuate the differences between boys and girls, the authors said.

WHO recommends that adolescents do moderate or vigorous physical activity for at least an hour every day. However, the sobering results from the study show that few adolescents actually meet the daily minimum for all types of physical activity – including time spent in active play, recreation and sports, active domestic chores, walking and cycling, or other types of active transportation, physical education or planned exercise.

At current rates of change, the global target of a 15% relative reduction in insufficient physical activity by 2030 – a  goal set by all Member States at the 71st World Health Assembly – will not be achieved.

To improve levels of physical activity among adolescents, the study recommends that:

“Countries must develop or update their policies and allocate the necessary resources to increase physical activity,” said Dr Bull. She added that policy-makers should aim to increase all forms of physical activity through “physical education that develops physical literacy, more sports, active play and recreation opportunities,” as well as invest in providing “safe environments so young people can walk and cycle independently.”

Image Credits: WHO, Global trends in insufficient physical activity among adolescents: a pooled analysis of 298 population-based surveys with 1·6 million participants.