LONDON / WASHINGTON, D.C. – GSK and the Sabin Vaccine Institute (Sabin) announced exclusive agreements for Sabin to advance the development of the prophylactic candidate vaccines against the deadly Ebola Zaire, Ebola Sudan and the closely related, but lesser known, Marburg virus. No licensed vaccines against these three viruses are currently available. All three cause hemorrhagic fever with subsequent death in an average of 50 percent of cases [1,2]. More than 1,600 people have already died during the ongoing Ebola Zaire outbreak in the Democratic Republic of Congo (DRC) [3], leading the World Health Organization (WHO) to recently declare it a Public Health Emergency of International Concern [4]. 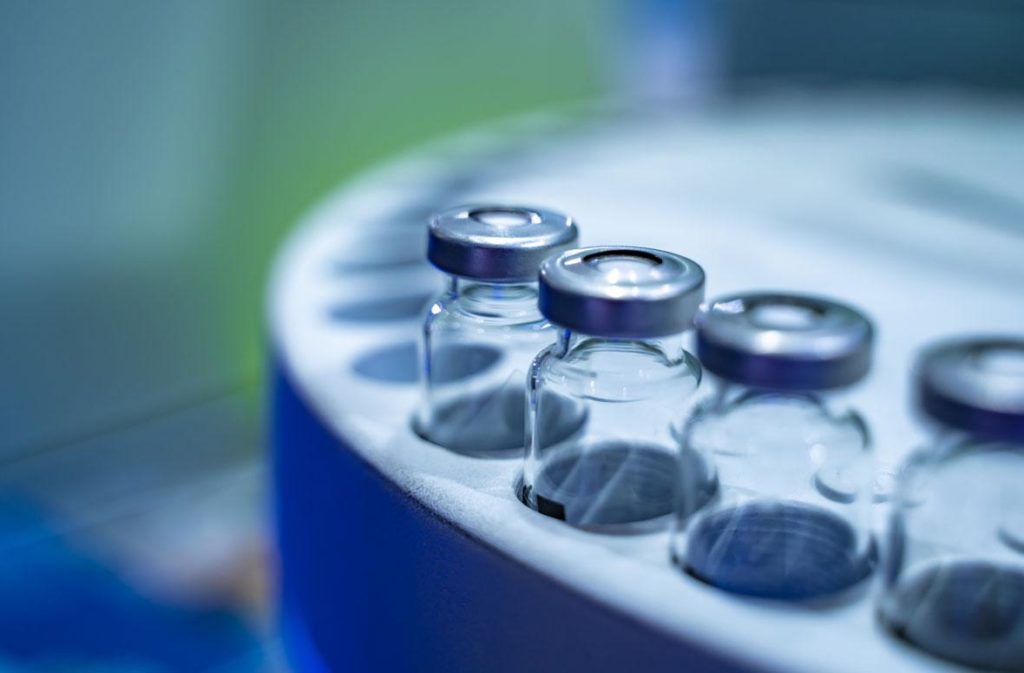 Under the agreements between GSK and Sabin announced Tuesday 6 August, Sabin has exclusively licensed the technology for all three candidate vaccines and acquired certain patent rights specific to these vaccines. The three candidate vaccines were initially developed collaboratively by the U.S. National Institutes of Health and Okairos, which was acquired by GSK in 2013. The candidate vaccines, based on GSK’s proprietary ChAd3 platform, were further developed by GSK, including the Phase II development for the Ebola Zaire vaccine.

Sabin Chief Executive Officer Amy Finan commented, “As an organization committed to improving lives through immunization, Sabin is dedicated to preventing devastating outbreaks of the Ebola and Marburg viruses. Thanks to GSK’s longstanding engagement in global health, as well as its scientific expertise, the ChAd3 vaccine program is well positioned to be an effective weapon in the global community’s arsenal against Ebola. Sabin appreciates GSK’s years of work to advance the ChAd3 Ebola program and the productive partnership the two organizations have established. Sabin plans to continue the development and seek regulatory approval of Ebola and Marburg vaccines with our shared goal of making them available to the millions of people potentially at risk.”

Thomas Breuer, Chief Medical Officer of GSK Vaccines, said: “These agreements with the Sabin Vaccine Institute are an important next step in the fight against Ebola and Marburg viruses. Enabling Sabin to build on the scientific progress GSK has delivered up to Phase II increases the likelihood these candidate vaccines may help prevent potential future outbreaks, and exemplifies GSK’s approach to global health vaccines which supports partners in taking forward our innovations in a sustainable way. I am proud of the work that our world-leading vaccines scientists at GSK have contributed so far to the development of these vaccine candidates, including the Ebola Zaire candidate vaccine which has demonstrated encouraging results in studies to date.”

To further develop the ChAd3 Ebola and Marburg vaccines, Sabin has entered into a Research Collaboration Agreement with the Vaccine Research Center (VRC) at the National Institute of Allergy and Infectious Diseases (NIAID). The ChAd3-based vaccines against Ebola Zaire, Ebola Sudan, and Marburg viruses have demonstrated a strong safety profile and encouraging immunogenicity results after being administered to more than 5,000 adults and 600 children, in 13 different clinical trials to date.
Specifically, the majority of the clinical volunteers were tested using the ChAd3 Ebola Zaire vaccine. In addition to numerous Phase I trials, the Ebola Zaire vaccine has been tested in three Phase II trials in Africa; two trials were conducted by GSK and one was conducted by the Partnership for Research on Ebola Virus in Liberia (PREVAIL), a clinical research partnership between NIAID and the Liberian Ministry of Health. The Ebola Sudan vaccine has been evaluated in three Phase I trials in Africa and the United States as a bivalent formulation with Ebola Zaire and will be evaluated in an upcoming Phase I study as monovalent formulation. A Phase I study of the Marburg vaccine is ongoing in the United States.

About the Sabin Vaccine Institute

Unlocking the potential of vaccines through partnership, Sabin has built a robust ecosystem of funders, innovators, implementers, practitioners, policy makers and public stakeholders to advance its vision of a future free from preventable diseases. Sabin is committed to finding solutions that last and extending the full benefits of vaccines to all people, regardless of who they are or where they live. At Sabin, we believe in the power of vaccines to change the world. For more information, visit www.sabin.org and follow us on Twitter, @SabinVaccine.

GSK – a science-led global healthcare company with a special purpose: to help people do more, feel better, live longer. GSK is the world’s leading vaccine company, with a portfolio that helps protect people throughout life and an innovative pipeline of 16 vaccines in development. Our vaccines help prevent illnesses such as hepatitis A and B, diphtheria, tetanus, whooping cough, measles, mumps, rubella, polio, pneumococcal disease, influenza, rotavirus, shingles and meningitis. At GSK, more than 17,000 people worldwide deliver around two million vaccine doses per day to people in 158 countries. For further information, please visit www.gsk.com.

Ebola Zaire, Ebola Sudan and Marburg are members of the Filoviridae virus family and are commonly referred to as filoviruses. All can cause severe hemorrhagic fever in humans and nonhuman primates. No therapeutic treatment of the hemorrhagic fevers caused by filoviruses has been licensed to date.

The 2014-2016 outbreak in West Africa, the largest Ebola outbreak in history, was caused by Ebola Zaire, starting in Guinea and then moving across land borders to Sierra Leone and Liberia. The outbreak eventually spread to 10 countries and took the lives of more than 11,000 people. The ongoing 2018-2019 outbreak in eastern DRC is also caused by Ebola Zaire and has claimed the lives of more than 1,600 people. The outbreak has been further complicated by significant security issues adversely affecting public health response activities, and on July 17, WHO declared it a Public Health Emergency of International Concern.

Marburg and Ebola viruses are transmitted to humans by infected animals, particularly fruit bats. Once a human is infected, the virus can spread to others through close personal contact or contact with bodily fluids. Isolation of infected people is currently the centerpiece of filovirus control.

Marburg was the first filovirus to be recognized in 1967 when a number of laboratory workers, including some in Marburg, Germany, developed hemorrhagic fever. Ebola was identified in 1976 when two simultaneous outbreaks occurred in northern Zaire (now the DRC) in a village near the Ebola River and southern Sudan. The outbreaks involved what eventually proved to be two different species of Ebola virus; both were named after the nations in which they were discovered.

[3] WHO, Ebola in the Democratic Republic of the Congo – Health Emergency Update, accessed 30 July 2019 – available at: https://www.who.int/emergencies/diseases/ebola/drc-2019

[4] WHO press release, Ebola outbreak in the Democratic Republic of the Congo declared a Public Health Emergency of International Concern, 17 July 2019 – available at: https://www.who.int/news-room/detail/17-07-2019-ebola-outbreak-in-the-democratic-republic-of-the-congo-declared-a-public-health-emergency-of-international-concern