An ambitious Global Action Plan to accelerate progress on some 50 health-related targets of the 2030 Sustainable Development Goals through better alignment of work in a dozen different UN and international agencies is open for public comments until Tuesday, 2 July.

Drafts of the Global Action Plan for Healthy Lives and Well-being for All (GAP) published so far reflect the heavy lifting that the agencies have yet to do in order to complete the plan as well as to etch out a clear strategy for implementation, both supporters and critics of the process told Health Policy Watch.

The plan is due to be launched at September’s meeting of the United Nations General Assembly. But key to its success is what happens after that – and particularly how it will work at the country level, those interviewed stressed.

“There are still more questions than answers on how this will work,” said one observer close to the process. “We know that the system is not efficient as it is now. You give money to two different organisations to do the same thing, [and] the countries have to respond to two agencies instead of one.” 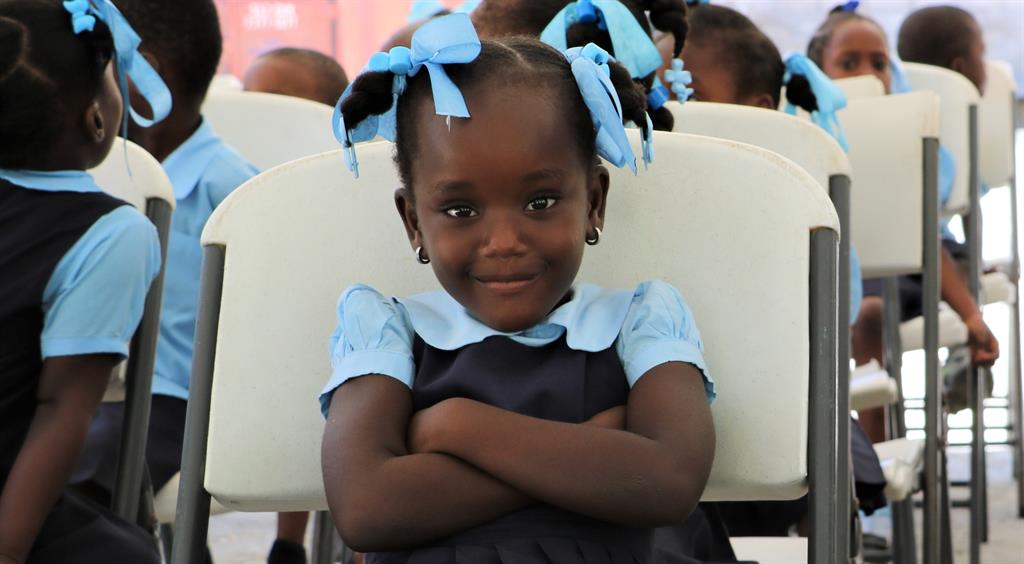 And while improving coordination and efficiencies between agencies on the ground is a key goal – the plans’ backers and co-sponsors are also searching for creating ways to do that, without creating still more bureaucracy at the country level, which could make things worse, rather than better.

Some say that the name of the plan can also be misleading as it is not meant to be a global roadmap, as such, for achieving the SDGs, but rather a plan for how global health agencies can better work together to help countries advance their own health priorities across the 17 Sustainable Development Goals. Those include not only SDG 3 – Good Health and Well-Being – but also goals for No Poverty & Zero Hunger (SDGs 1 & 2), Gender Equality (SDG 5), Clean Water and Sanitation (SDG 6), Affordable and Clean Energy (SDG 7), Decent Work (SDG 8), Industry & Innovation (SDG 9), Sustainable Cities (SDG 11), and Climate Action (SDG 13) – all of which are intertwined somehow with health.

WHO, which is coordinating the overall GAP process, is hopeful that the public comments phase now underway will help address some of these thorny challenges as well as getting broader buy-in from countries, civil society and other actors.

“The signatory agencies are committed to ensuring an inclusive process in developing the Global Action Plan,” said Peter Singer, who is overseeing the process as Special Adviser to WHO Director-General, Dr Tedros Adhanom Ghebreysus. “In order to raise awareness about the online consultation process, WHO and the other agencies have shared the announcement via social media (website, twitter, newsletters, etc) and partner networks.” He added that the invitation to contribute had also been shared widely with civil society, drawing from a pool of some 250 NGOs in 70 countries. All of the inputs received will be considered in the development of the final Global Action Plan, to be launched at the UN General Assembly in September.  September’s UNGA will also host a High Level Meeting on Universal Health Coverage, 23 September.

The draft Global Action Plan, also known as the GAP, is anchored in a three-pronged strategy including:

Originally initiated by the governments of Ghana, Germany and Norway, some 12 global health agencies signed a commitment in October 2018 to work together on the plan – a precedent in its own right. Those agencies included, Gavi, the Vaccine Alliance, the Global Financing Facility (GFF), the Global Fund to Fight AIDS, TB and Malaria, UNAIDS, UNDP, UNFPA, UNICEF, Unitaid, UN Women, World Bank Group, World Food Programme and WHO.

Donor countries reasoned that a better division of labour between this broad panoply of actors would presumably lead to greater efficiencies on the ground. That, in turn, would generate savings so that funds can accomplish more. It would also accelerate action in areas where progress is seriously lagging on ambitious SDG targets for dramatically reducing mortality from leading infectious and non-communicable diseases, as well as from health risks such as poor nutrition, unhealthy workplaces, unsafe drinking water, climate change, unsustainable urban growth and air pollution.

Some Elements of the Plan May Be More Advanced Than Others

UN insiders say that different agencies have approached the so-called GAP planning process with varying levels of knowledge, enthusiasm, and zeal. The results are apparent in the initial discussion drafts online now for public comment.

Some of those papers describe a detailed consultation process; metrics on the status quo; practical action points for moving ahead; and case studies of good practice. Others lack detail on the consultative process as well as a clear outline of the biggest risks and action points. For instance, a paper on “determinants of health,” led by UNDP and UN Women, passes over the health burden caused by urban environmental health risks such as air pollution, physical inactivity, and traffic injury, which health sector actors including WHO have said are central to confronting the non-communicable disease epidemic faced by an urbanising world.

Queried about this, UNDP, one of the leaders of the draft, was frank in acknowledging that the papers remain works-in-progress, where public comments may also help fill existing gaps and holes.

“UNDP fully agrees that unsustainable urbanization poses significant challenges to health and well-being,” said a UNDP spokesperson in response to a query. “This draft plan identifies environmental determinants as one of three priority areas needing more attention because of the increased understanding of threats such as air pollution on non-communicable diseases, and the pressing priority to focus on clean energy for health. In fact, UNDP and WHO recently launched an initiative to bring the health and energy sectors closer together to advance health.

“This plan is currently in draft form and open for public comments and we very much welcome feedback,” the UNDP spokesperson added. “We can aim to be more explicit in our reference to the potential for urban solutions, including for example through improvements in public transportation, to have multiple co-benefits for health – to reduce traffic injuries and be a positive contribution to climate action.”

At the other end of the scale, other “accelerator” themes have been approached with a sense of extreme urgency – as per a recent Wellcome Trust op-ed on the theme of Research & Development, Innovation and Access entitled “We’ve only got ten years left and no, I’m not talking about climate change.”

Wellcome Trust, together with WHO, led the work on this 10 page brief that aims to explore how R&D for critically needed diagnostics and medicines can be advanced more rapidly and also available more equitably in countries. The paper describes a process of country-based workshops and case studies to build a profile of existing gaps and needs, and concludes with an outline of 5 strategic goals, supported by key proposed actions, with ideas including: a global standard of “good access practices” for how public and private R&D investments will be designed to ensure availability, affordability and access; shifting public-sector co-funding for innovation to more countries and regions; creating a WHO clearinghouse of innovations ready to be scaled-up; and promoting country-led forums on R&D as well as an annual global forum to review, update and advance health products in the pipeline.

Asked by Health Policy Watch why such actions would make a difference, Alex Harris, Head of Global Policy at Wellcome said:

“During our 6-month consultation, a diverse group of consultees agreed that the most pressing issue we face is a lack of coordination and alignment. These five actions will ensure better alignment of global research and innovation for health systems with national research and health priorities. It sounds simple, but if we can implement these actions, then I believe our limited resources can be more efficiently and effectively directed to have the greatest impact on health over the next 10 years.”

Harris added that a number of the proposed actions are also “specifically designed to place country policy-makers’ and patients’ needs at the heart of research and innovation decision-making. They will alter the dynamic between global and local actors and contribute towards a positive shift in the centre of gravity for R&D and innovation.”

Harris, one of the champions of the GAP, agrees however that the process will only have an impact if it goes beyond the September launch of the fully-developed plan.

“We will have to work hard to ensure that the GAP continues to focus minds,” he said. “The danger is that following the launch we revert to business as usual. If we are to accelerate progress towards 2030, then we should be making tough decisions about how we will work differently and more effectively with one another to have greater impact. I’m looking forward to the launch at UNGA and working on making the GAP actions a reality.”