Heads of state from the world’s largest economies concluded this year’s G20 Summit in Japan with a general declaration committing to advance global health priorities – but the statement still left much to be desired in terms of concrete goals and targets.

In the G20 Osaka Leaders’ Declaration, issued on Saturday at the close of the two-day meeting (28-29 June), heads of state committed to: move towards universal health coverage (UHC) through bolstering primary health care and access to medicines; promote healthy and active aging through the prevention of noncommunicable diseases; improve emergency preparedness & response;  provide support for African countries affected by the Ebola outbreak; and address antimicrobial resistance by identifying better models for antimicrobial drug research and development.

Other health-related topics addressed in the declaration included: climate change; transitioning towards clean energy; and sustainability of the world’s oceans, particularly the need to take action to address plastic litter and micro-plastics that are overwhelming aquatic life, with potential far-reaching impacts on important food sources. 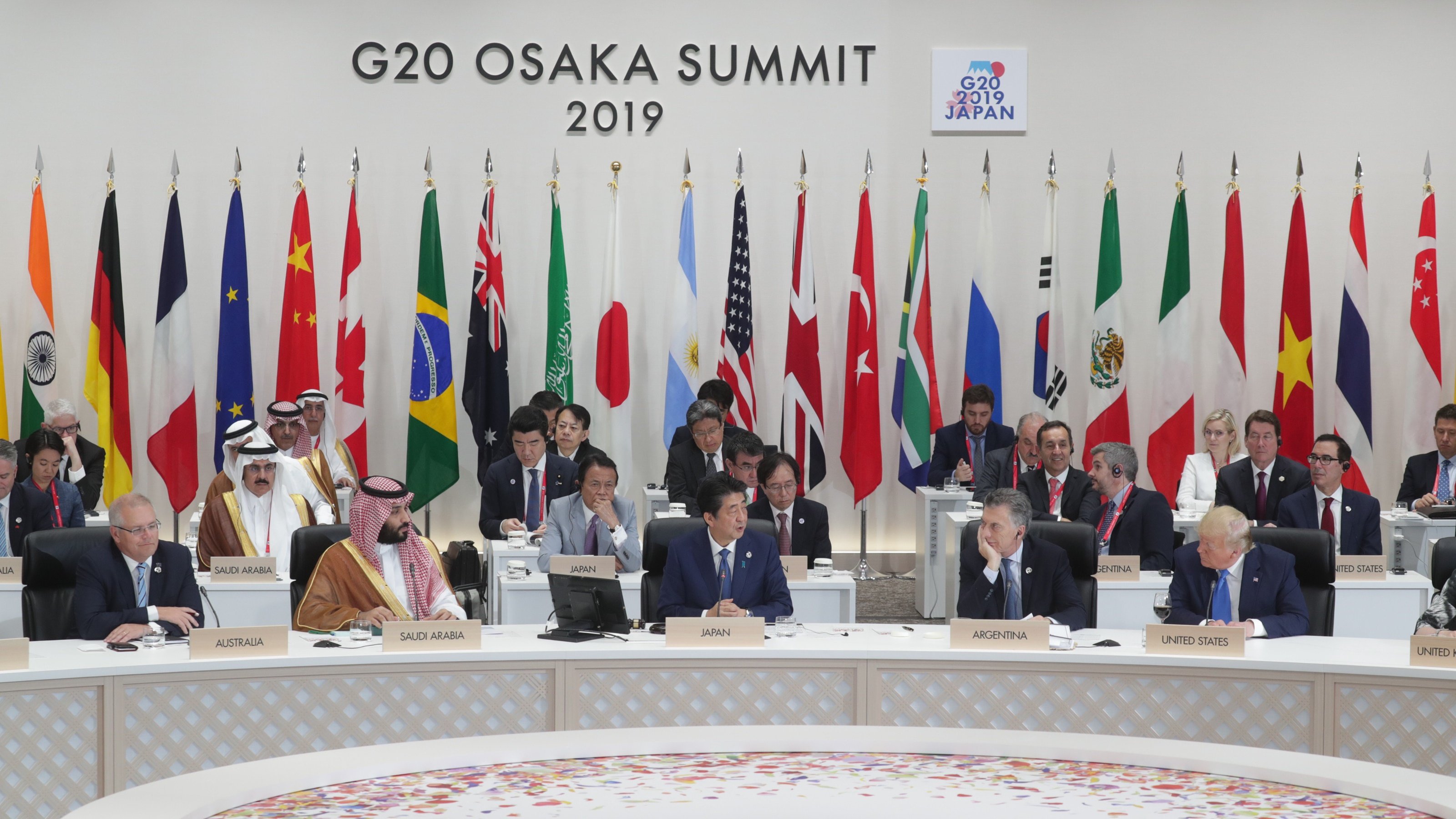 Notably, in the declaration’s section on climate change, the United States reiterated “its decision to withdraw from the Paris Agreement because it disadvantages American workers and taxpayers,” but affirmed its commitment “to the development and deployment of advanced technologies to continue to reduce emissions and provide for a cleaner environment.”

The countries that remain signatories to the Paris Agreement, on the other hand, reaffirmed their “commitment to its full implementation, reflecting common but differentiated responsibilities and respective capabilities, in the light of different national circumstances.”

“Building on work done by previous presidencies,” the declaration states that G20 leaders “will strive to create a virtuous cycle of growth by addressing inequalities and realize a society where all individuals can make use of their full potential,” and to “further lead efforts to foster development and address other global challenges to pave the way toward an inclusive and sustainable world, as envisioned in the 2030 Agenda for Sustainable Development.”

Just ahead of the meeting, WHO Director-General Dr Tedros Adhanom Ghebreyesus told G20 leaders in a Tweet: “Our message is simple: health is a political choice. We call on G20 countries to invest in health, a driver of jobs & growth, and in preparing for and preventing emergencies, rather than just responding to them.”

In another Tweet, he posed three “asks” to G20 leaders:

Under the banner of the G20 Summit’s focus on financial markets and the world economy, the role of digital technologies was also a key theme throughout the summit and declaration, particularly its dual role of driving economic growth while offering cost-effective solutions to address global challenges.