According to the World Health Organization, noncommunicable diseases (NCDs) – or chronic diseases – including cancer, cardiovascular diseases, and diabetes, kill 41 million people each year and are on the rise in developing countries. This week, the WHO held the first general meeting of its mechanism aiming at facilitating prevention and control of NCD diseases. The numerous speakers shared local, regional, and international experiences in implementing measures. Separately, WHO announced the launch of a new collaborative platform for NCDs. 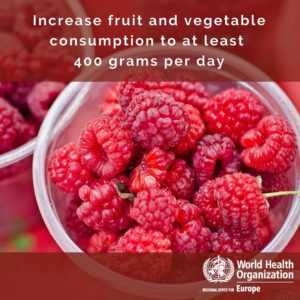 The General Meeting of the WHO Global Coordination Mechanism on the Prevention and Control of Noncommunicable Diseases (GCM/NCD) took place from 5-6 November.

According to the WHO, the general meeting gathering member states, United Nations agencies, funds, non-governmental organisations, academic institutions, philanthropic foundations and business associations, was meant to facilitate and enhance coordination of activities among those stakeholders to promote the implementation of the WHO Global NCD Action Plan 2013- 2020.

The programme [pdf] of the meeting was divided into four plenary sessions and several parallel sessions each dealing with particular aspects of prevention and control of NCD.

Jack Fisher, from the GCM/NCD secretariat, presented the Knowledge Action Portal (KAP), a community-driven platform created for NCD interaction and exchange of information. KAP will be officially launched on 15 November, he said, and hosted on the WHO website. It will be a unique social network for the NCD community, he said, with bright engaging colours, and an embedded “Facebook style” chat functionality. Registered participants will be able to communicate directly, he said.

Anybody can become registered user, once they declare they have no link with the tobacco or arms industries, Fisher said. A section of KAP “Research Connect” will enable to connect researchers to organisations conducting research, and funders, he said.

Speakers at the panel were asked to provide comments on KAP.

Ibtihal Fadhil, chairperson of the Eastern Mediterranean NCD Alliance, voiced support for KAP and said from a civil society perspective, it will help pass information to people about what NCDs are, and what health promotion and prevention consist of. Civil society is also eager to have information from the region to be disseminated, she said.

Jessica Renzella, researcher at the University of Oxford, explained how the idea behind Research Connect was born. She realised, with one of her fellow PhD students, that a number of researchers work on the same subject. They asked how many researchers are reinventing the wheel and how many lost opportunities for collaboration or for funding. She contacted the GCM which “much to our surprise” welcomed the idea. Research Connect answers a “huge gap” she said.

Christian Franz, chief executive officer at CPC Analytics, said discussing supply chains and investment decisions in one country only will not be sufficient since it is a global issue. KAP will bring together several experts from different sectors, and mainly those which had not been reached before.

Greg Perry, assistant director general of the International Federation of Pharmaceutical Manufacturers and Associations (IFPMA), said KAP is a very important initiative, which will democratise a lot of NCD activities. It is both inclusive and accessible, he said, and brings together different NCD actors such as practitioners, public health bodies, researchers, the private sector, insurance companies, and investors. If this platform plays a broker role to create partnerships, it will be a significant way forward, he said.

Through a recorded message, Sania Nishtar, chair of the High-Level Global Commission on Noncommunicable Diseases (NCDs), said there is a need for societal transformation in order to address NCDs.

There is a “huge demand” for technical assistance by countries, according to Nishtar, as institutions’ capacity is limited. Institutional structure for infectious diseases is not adapted for NCDs, she said, adding the “needed health response forces us to think very differently.”

She compared the needed shift to the shift that came in the wake of HIV, with the redefinition of the role of civil society. NCDs have the same revolutionary potential, she said, by redefining the rules of engagement, including the engagement of the private sector. Health systems are being reengineered not by ministries of health, but by financial institutions and online retail actors, who are disrupting health care, Nishtar said.

“There is a need to explore how we will overcome the financial access barriers, which will inevitably deepen, and ensure access to medicines, and technologies, and surgery for all,” she said. “It is important that we create the appropriate governance mechanisms and capacity to negotiate policy space for NCDs,” she added.

“It is critical to exercise stewardship when countries are reluctant to enact public health measures for fear of trade or investments disputes,” she said.

Importance of Activities at Local Level

The third plenary session on 6 November looked at cooperation, engagement and accountability, and the role of coordination mechanisms at global, regional, national and local levels for NCD prevention and control.

Kremlin Wickramasinghe, technical officer at EURO (the WHO regional office for Europe), underlined the importance of understanding the engagement of stakeholders such as private sector and NGOs. Although countries generally express political commitment to the GCM/NCD, some find it difficult to implement the mechanism, he said. WHO has developed technical support to help those countries, he added.

Steven Shongwe, acting director NCDs at AFRO (WHO regional office for Africa), said AFRO is supporting countries to establish or strengthen their national coordination mechanisms. Since 2015, he said, a guidance document was developed in the region to help countries establish and strengthen national coordination mechanisms for tobacco control, and to accelerate the implementation of the FCTC.

For Alena Šteflová, deputy minister of health of the Czech Republic, the activities of local entities in promoting healthy lifestyles and in the prevention of NCDs are very important. Activities at the local level include community forums, roundtables, community plans, and educational and training activities.

This was echoed by Oleg Salagay, deputy minister of health of Russia, who highlighted the importance of acting at the level closest to individuals, like municipalities.

Guangyuan Liu, coordinator for the WHO Framework Convention Tobacco Control (FCTC), talked about the first protocol of the FCTC, which entered into force in September: the Protocol to Eliminate Illicit Trade in Tobacco Products. She warned against attempted interference of the tobacco industry in national policymaking, and said the WHO has developed a model policy [pdf] for agencies of the United Nations system on preventing tobacco industry interference.

Juha Mikkonen, executive director of the Finnish Association for Substance Abuse Prevention (EHYT), talked about barriers to prevention and control. Those include a narrow view of health and its determinants; a low level of political leadership and commitment, competing interests and competition for resources; the lack of permanent implementation mechanisms; the lack of ownership and management of the process; and potential conflicts of interests with commercial operators and industries.

EHYT devised a model for community action aimed at preventing harm from substance use, smoking and gambling. This model includes a list of actions such as reducing underage access to alcohol, tobacco and slot/gambling machines, reducing serving of alcoholic beverages to intoxicated people, and enhancing the law enforcement and monitoring. Mikkonen said the results of the model in Finland have been good, in particular that cafe owners have adopted more responsible serving of alcohol.

There is a need of training for staff, to involve local media, put more focus on long-term returns, and increasing the skills and credibility of health actors, Mikkonen said.

Key Messages from the Meeting

Moderators for the plenary and parallel sessions were invited to share key messages from their sessions.

Among the key messages reported were the confirmation of the clear need for enhancing multistakeholder and multisectoral action on NCDs; the need for countries to implement high value commitment in tackling NCDs, and move from over-medicalised specific approaches to look at a wider society and people-centric approach.

Key messages also highlighted the fact that underlying social and structural determinants, and in particular inequalities need to be addressed; public-private partnerships can work, but they must be built on win-win situation where private interests align with country priorities.

Further the moderators underlined the need to find win-win situations when engaging with different sectors, including the private sector and civil society, taking into account possible conflicts of interests; and the need for each country to commit to setting specific tangible time-bound actions.

Swiss Ambassador Pio Wennubst, assistant director general of the Swiss Agency for Development and Cooperation, one of the co-chair of the general meeting, closing the meeting, said there are three competing segments in the conversation on the prevention and control of NCDs. The first one is people who think that the response lies within health system responses, the second group thinks that it is a regulatory issue and should be dealt with by government, and the third considers that what is needed is an individual response by each citizen.

However, he said, taken separately, none of those segments is wrong or right, they need to go together. “If we are just waiting to just wait for evidence-based decision, we might miss the train,” Wennubst said, adding that consumers have more and more to say in the world.

The main functions of the GCM/NCD are advocacy and awareness raising about: the urgency of implementing of the WHO Global NCD Action Plan; dissemination of knowledge and sharing of information based on scientific evidence; encouragement of innovation and identification of potential barriers; advancement of multisectoral action; and advocacy for the mobilisation of resources.

A preliminary evaluation [pdf] of the GCM/NCD was submitted to the 2018 World Health Assembly and noted. This evaluation identified a certain number of areas for improvement, in particular the need to avoid duplication of efforts with other actors and the capacity of the GCM/NCD to identify and promote sustained cross-sectoral action and advocate for resource mobilisation.