Only a month after a hotly-contested World Health Assembly resolution touched off a debate around “price transparency” as a way to improve access to medicines, a new controversy over how to stimulate access has emerged in another UN Forum, the Human Rights Council.

This time the debate is around ways to “delink” incentives for the research and development of new medicines from patent systems that “reward” companies or institutions investing in the drug’s development with a legal monopoly over sales of the end-product for years to come.

The sensitive “delinkage” issue is part of a draft Human Rights Council (HRC) resolution on “Access to medicines and vaccines in the context of the right of everyone to the enjoyment of the highest attainable standard of physical and mental health,” under consideration at this month’s session in Geneva.

“Delinkage” has become a mantra for many civil society and patient advocacy groups, as well as some governments, which perceive exclusive patent rights as a key driver in rising drug prices, limiting access to new treatments. The term broadly refers to alternative incentives or rewards that reduce reliance on patents as a means of financing R&D, yielding products that are cheaper and more readily available.

The draft HRC resolution on medicines access, due for its final review on 11 July, is backed by a core group of countries including Brazil, China, Egypt, India, Indonesia, Senegal, South Africa and Thailand. Representatives of that group point out that the recently contested delinkage paragraph was part of an already-approved 2016 version of the same resolution, and is merely being reaffirmed again in this year’s updated draft, which now has 27 co-sponsors in all.

“The Human Rights Council brings this resolution up every three years, because it is viewed as worthy in this context, to have a human rights perspective on access to medicines,” said Brazil’s representative Clara Solon in a public HRC consultation Tuesday.

The text calls upon countries “to continue to collaborate, as appropriate, on models and approaches that support the delinkage of the cost of new research and development from the prices of medicines, vaccines and diagnostics for diseases that predominantly affect developing countries, including emerging and neglected tropical diseases, so as to ensure their sustained accessibility, affordability and availability and to ensure access to treatment for all those in need.”

Two other paragraphs [8,9] ”encourage” governments, international organizations, NGOs, researchers and the private sector to pursue alternative R&D incentives, in terms such as the following:

Support for “delinkage” principles has been growing over the past decade, led by figures ranging from US Presidential hopeful Bernie Sanders to Nobel Prize winning economist Joseph Stiglitz and Bernard Pecoul of the Geneva-based Drugs for Neglected Disease Initiative. Countries supporting the idea have included India, The Netherlands, and the Group of 77, representing some 134 developing nations. Some private sector voices, notably former GlaxoSmithKline CEO, Sir Andrew Witty, have also expressed support for innovative ways to fund R&D.

The advocates assert that the current R&D system, based around granting exclusive patent rights for new drugs, is breaking down. Newly patented drugs that are coming onto the market are increasingly priced in a range that stretches the budgets of high-income countries, while leaving middle- and low-income countries out of the loop altogether.

The problem is particularly acute for drugs treating non-communicable diseases such as cancer, where new therapies can carry a $US 100,000+ annual price tag. And particularly if public funds or tax breaks are invested in drug R&D, then rewards other than exclusive patent monopolies should be considered for the final drug products, advocates assert.

“Access will always be unequal without the delinkage of R&D costs from the prices of drugs, vaccines, cell and gene therapies, diagnostic tests and other health technologies and services,” remarked Thiru Balasubramanian, of Knowledge Ecology International (KEI), in an interview. One of the groups that participated in last week’s HRC consultations, KEI has been a flagbearer of the delinkage concept.

At the same time some key developed countries, including Switzerland, Japan, Australia, and the European Union representative at the HRC, contend that existing patent systems remain the backbone stimulating R&D investments, and that the HRC resolution treads too far into territory outside of its traditional domain. They have asked for deletions or major changes in the paragraphs that reference “delinkage” as well as references to alternative R&D incentives.

“Delinkage is stated too broadly. As supporters of the global IP system [for medicine patents], we want to make sure that it keeps performing, while finding solutions in areas where it is not working. But we are very worried about taking a one-size-fits-all approach,” Nora Kronig, head of International Affairs at the Swiss Federal Office of Public Health, told Health Policy Watch.

“Looking at access to medicines broadly, there are a lot of elements that come into the chain. For instance, if you don’t have robust regulatory systems people can’t get medicines either. It is also untrue to talk about market failure with respect to the whole access to medicines issue,” she added.

While critics are increasingly adamant that the current system is cracking, “saying that that there is a global market failure on access to medicines generally is not accurate,” argues Kronig. “We are fully open to discuss possibilities where things are not working to find solutions to improve access to medical products, but what we are very worried about is to undermine a largely functional system to offset unquestioned distortions in sub-sectors of the markets for medicines.” 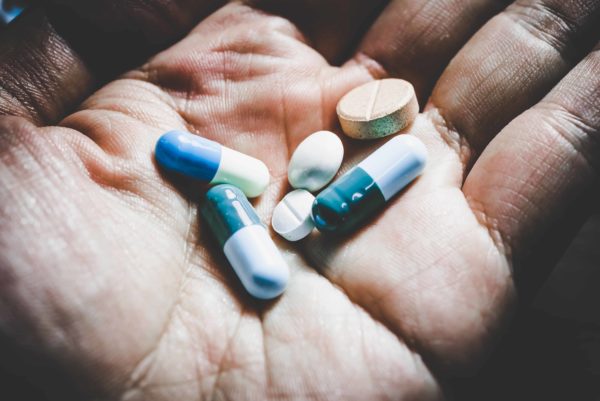 Informal Consultations on the Draft Resolution

At Tuesday’s informal consultations on the draft, other countries expressed concerns that the Human Rights Council may be duplicating work already being carried out by the World Health Organization and the World Health Assembly body of WHO member states.

“We share concerns about how we are use these very overstretched platforms,” said Canada’s delegate. “While still recognizing there is a role for human rights, … we would like to refrain from re-negotiating thoughts and technical issues that are already being discussed in other fora such as WHO and WHA.”

The final text of the HRC draft resolution, obtained by Health Policy Watch, reflects slight modifications in the disputed paragraphs, although terms like “delinkage” remain along with reference to alternative incentives for drug R&D.

Besides the core group, other co-sponsors of the resolution, so far, include HRC members from: Bangladesh, Iraq, Peru, Philippines, Qatar, Saudi Arabia, Tunisia, and Uruguay. UN member states and observers that are not officially members of the HRC can still co-sponsor HRC resolutions, and such supporters include: Algeria, Bolivia, Ecuador, Eswatini, Ethiopia, Haiti, Kuwait, Mongolia, Turkey, the United Arab Emirates and Palestine.

Talks with other countries will continue up until next Thursday, when the final resolution is formally reviewed by the HRC. But the essence of the three contested paragraphs would not change or be removed, core sponsors affirmed.

“The resolution has one paragraph mentioning de-linkage, and some European countries don’t like this,” said one delegate, who asked not to be named.

“But the resolution is not about delinkage, it touches on many aspects of access to medicine, including delinkage and alternative frameworks [for R&D], but we also talk about rights to health, health literacy, many other issues. It is very broad text.”

“We are not planning to make more changes in the text, but we will work very hard to add more cosponsors as well as to try to avoid public objections to the final text,” the delegate added. “But if it comes to it, we will have a vote.”