A new study suggests that the deadly drug-resistant fungus, Candida auris, may have adapted to warmer ambient temperatures caused by climate change, enabling it to survive in human body temperatures and infect humans with weakened immune systems, primarily in hospitals. 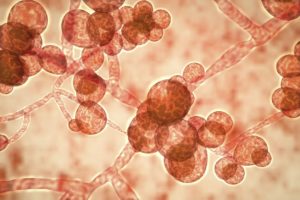 The study, published in the journal of The American Society for Microbiology in July, posits that Candida auris may have originated as an environmental fungus in wetlands, and due to its adaptation to rising temperatures, it may have infected birds as an intermediary species before further adapting to the higher body temperatures of humans.

It proposes that Candida auris “is the first example of a new pathogenic fungus emerging from human-induced global warming,” and warns that as temperatures continue to rise in the 21st century, it may be the first of other fungal lineages to become more thermally tolerant and capable of infecting humans.

Primarily affecting people with weakened immune systems in hospitals, between 30 and 60 percent of people infected with the fungus die, according US Centers for Disease Control (CDC) estimates.

Candida auris was first discovered in 2009 in Japan and isolated in human ear canals, one of the cooler parts of the human body. The fungus was identified as causing disease in 2011 in South Korea, and subsequently spread through Asia and Europe, first appearing in the United States in 2013.

Below is an illustration from the study of the possible factors operating on the emergence of Candida auris: 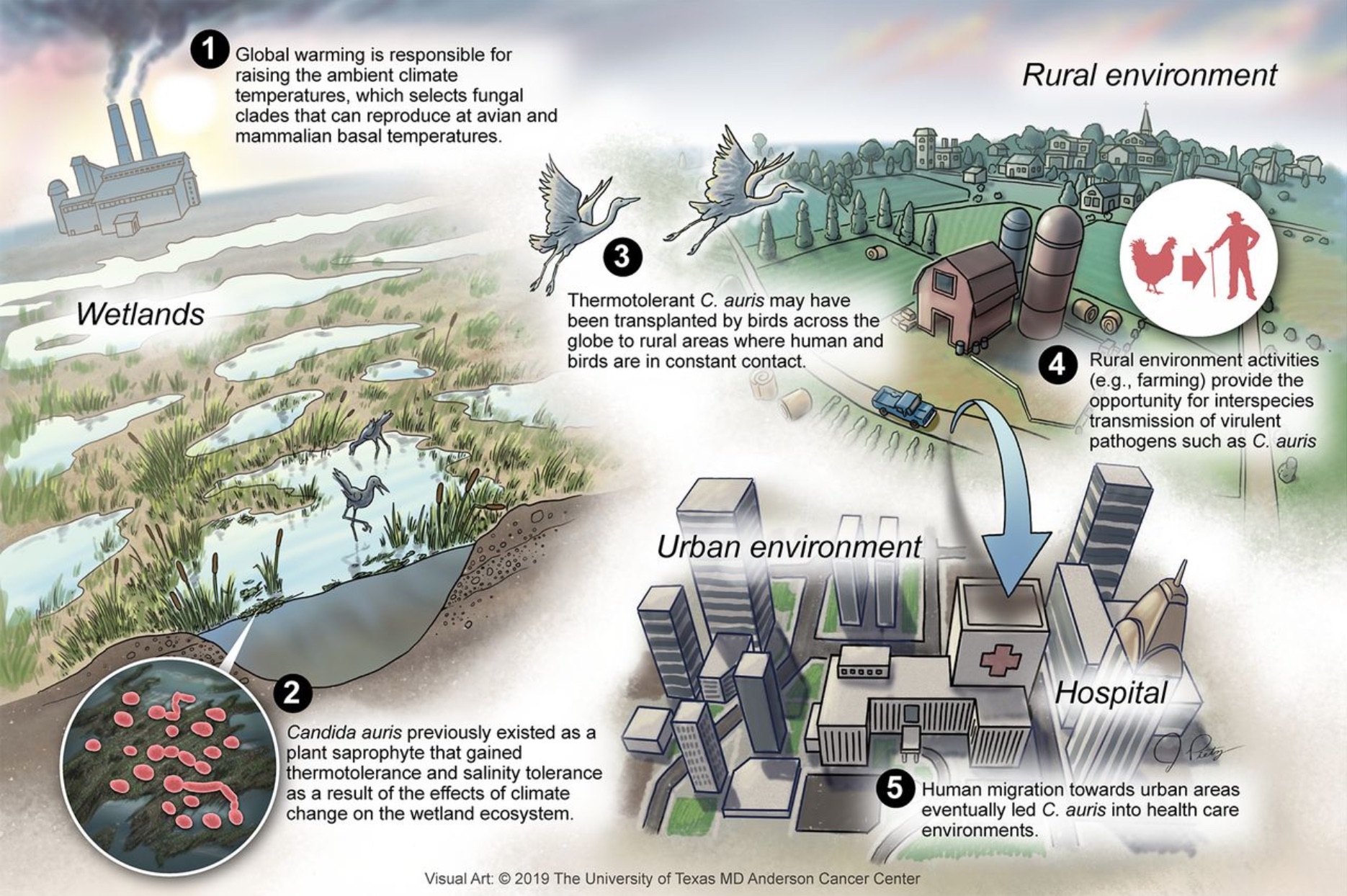