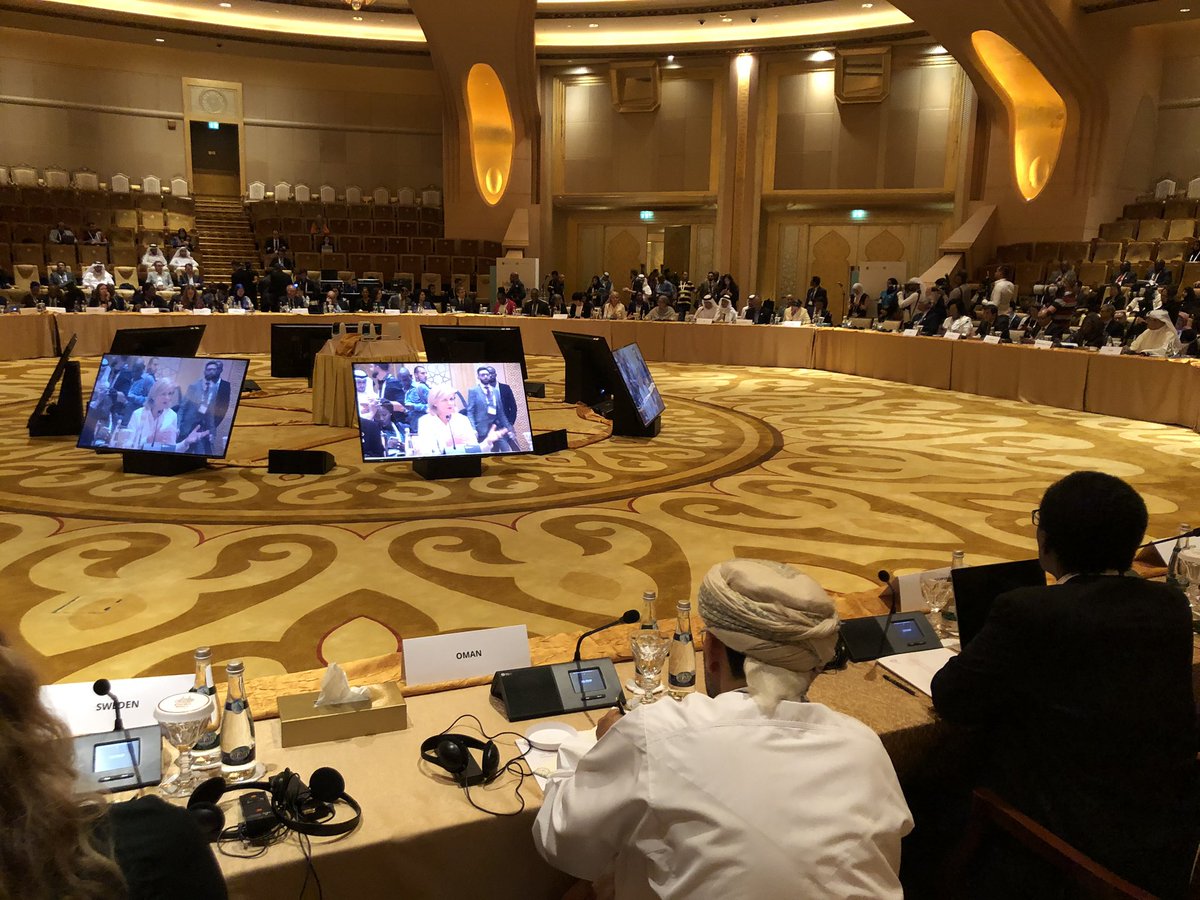 Sounding a note of ever-increasing urgency, United Nations Secretary General Antonio Guterres told ministers gathered at a Global Preparatory Meeting for the UN Climate Action Summit, in Abu Dhabi that “we are in a battle for our lives” with regards to climate change, which is happening at an even faster pace that what top scientists had predicted.

He called on governments worldwide to stop subsidising fossil fuels and building coal power plants; put a tax on carbon emissions; and shift to a green economy powered by renewable energy, in order to cut greenhouse emissions 45 percent by 2030 and achieve carbon neutrality by 2050. Scientists estimate such drastic cuts are needed to keep global warning to 1.5°C, and avert “a catastrophe for life as we know it’, said Guterres.

The two-day conference (30 June-1 July) included a first-ever global gathering of health and environment ministers to talk about the health threats from air pollution and climate-induced disasters. That meeting signaled growing political recognition of the intimate links between climate change and health, including deaths and injuries from extreme weather as well as a global toll of 7 million air pollution-related deaths annually.

Climate threats strike at no less than the fundamentals of life itself, said Guterres in his remarks at Sunday’s opening session.

“Climate disruption is happening now and it is happening to all of us,” said Guterres in his opening address Sunday before the meeting of ministers of climate, environment, health and energy from around the world. “Every week brings new climate-related devastation. Floods, drought, heatwaves, wildfires, superstorms.”

Every week brings new climate-related devastation. The situation will get worse unless we act now with ambition & urgency. I am asking all leaders to cut emissions by 45% by 2030 and get to carbon neutrality by 2050. @antonioguterres at #ADClimateMeeting. https://t.co/72zKtW5ZuW pic.twitter.com/jNwdJlsk4E

“It is progressing even faster than the world’s top scientists have predicted, and it is outpacing our efforts to address it. Climate change is running faster than what we are,” he said, calling for a “rapid and deep change in how we do business, generate power, build cities and feed the world.”

Guterres said solutions should include major global shifts in how energy systems are financed and taxed. “First, let’s shift taxes from salaries to carbon,” he said. “We should tax pollution, not people. Second, stop subsidizing fossil fuels. Taxpayers’ money should not be used to boost hurricanes, spread drought and heat waves, and melt glaciers. Third, stop building new coal plants by 2020. We need a green economy, not a grey economy. New infrastructure must be climate-smart and climate-friendly. And we must provide sustainable, clean and affordable energy for the more than 800 million people who still live without access to power.”

The two-day Climate Action meeting in Abu Dhabi aims to build political will for slashing emissions ahead of the 23 September UN Climate Summit in New York City, which will bring together heads of state to make firm commitments on climate change.

Statements by United Arab Emirates (UAE) officials and other organisers described the ministerial meeting as an important political platform to raise the visibility of issues ahead of the Summit.

Along with meetings on energy, infrastructure and finance, the “health-climate nexus” was another featured element of the Abu Dhabi event as health and environment ministers sat down together today for the first time ever.

Rodolfo Lacy, OECD Director of Environment was quoted saying that it was a “historic moment”.

The meeting was organised in collaboration with the World Health Organization and the UAE’s Ministry of Health and Prevention as well as the Ministry of Climate Change and Environment.

Organisers said that the meeting aimed to (a) strengthen and endorse health-centered climate mitigation and adaptation initiatives and (b) demonstrate political commitment to dual strategies for climate and health issues.

The ministers also discussed how such solutions could be integrated in government policies and programs, including Nationally Determined Contributions (NDCs) which are a voluntary mechanism by which countries commit to climate mitigation actions under the 2015 Paris Agreement, as well as, National Adaptation Plans.

“Fighting climate change is the best investment ever; we can save 7 million lives a year,” Thani Al Zeyoudi, UAE Minister of Climate Change and Environment, was quoted on Twitter as saying, referring to the WHO estimate for lives lost from outdoor and household air pollution every year.