The fair pricing of medicines and the transparency of costs were underlined as key by many nongovernmental organisations last week during a discussion at the World Health Organization Executive Board on access to medicines. The Board heard about staggering numbers of people deprived of access to medication and health products, with examples from patients with epilepsy, kidney diseases and other illnesses preventing them from getting better or surviving their condition. 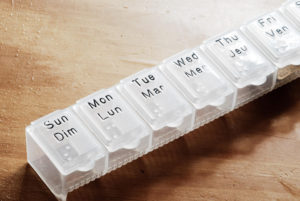 A number of reasons can be attributed to the lack of availability and affordability to safe medications, but many NGOs pointed to high prices, and underlined the need for transparency to achieve fair pricing, and brought attention to issues they thought were not considered enough in the larger debate on access to medicines at the WHO.

The pharmaceutical industry however warned about the dangers of transparency, and in particular said disclosing negotiated prices with countries could backfire.

Knowledge Ecology International (KEI) called for the WHO to develop a manual on the control of and remedies to excessive pricing by December 2020 to help countries determine if prices are excessive, and by which mechanisms to remedy and “control pricing abuses.”

The Drugs for Neglected Disease initiative (DNDi) suggested that WHO produce a list of missing essential medicines, which would form a basis for new approaches based on principles of affordability, effectiveness, efficiency and equity.

Médecins Sans Frontières International (MSF, Doctors Without Borders) said fair pricing cannot be achieved without full transparency on prices. “We must remove the information asymmetry that blindfolds countries in their price negotiations with companies,” they said. “Public financing cannot consist of distributing blank cheques, especially as prices of new, so-called innovative drugs are constantly rising, without any evidence-based justification.”

Medicus Mundi International concurred and said increased knowledge sharing as well as transparency in drug pricing, clinical trials, and R&D costs is vital. Oxfam had an identical request on transparency across the medicine chain. They called upon WHO and its member states to create a binding international legal instrument to regulate the marketing of medical products.

On price transparency, the International Federation of Pharmaceutical Manufacturers and Associations (IFPMA) expressed disappointment that the roadmap takes a “narrow approach” on pricing “by focusing on price transparency rather than on the broader context that enables better, sustainable financing policies.”

“The unintended consequences of price transparency on the capacity of companies to offer preferential pricing to developing countries needs to be better understood before new work streams are created,” they said.

Epilepsy affects over 50 million people worldwide but up to 70 percent of affected people could become seizure-free with appropriated use of anti-seizure medicines and no abrupt withdrawal which can be life-threatening, according to the International League Against Epilepsy.

Access to effective anti-seizure treatment remains out of reach for the majority of patients in particular in low and middle-income countries, where up to 80 percent of people with epilepsy live, they said. Barriers include financial, educational, and sociocultural factors, they said. Estimates of the treatment gap there is close to 90 percent, which “is unacceptable when cost of epilepsy medicines can be as low as US$5” per year of treatment per patient.

Some 850 million people worldwide live with kidney disease according to the International Society of Nephrology, though kidney disease can be prevented through vaccinations and basic treatment for common risk factors including hypertension and diabetes. However, the society said, access to effective, cheap generic medicines “remains highly inequitable within and across countries.” They called for fair and transparent pricing and universal access to essential diagnostics.

The Union for International Cancer Control said cancer is the second leading cause of mortality globally. Although new cancer cases are foreseen to reach 29.5 million annually by 2040, with timely diagnosis, it can be treated successfully, they said.

The union urged member states to ensure the affordability and availability of safe, effective, and quality medicines using the WHO Model List of Essential Medicines, building on effective regulatory systems, procurement strategies and policies for fair pricing.

The focus on access to essential medicines should extend beyond the primary care level, to secondary and tertiary level facilities to ensure access to effective treatment for cancer, the union added.

This was echoed by the European Society for Medical Oncology which said cancer is treated at the secondary healthcare level.

Medical devices should be treated equally to medicines and included in concrete targets and indicators in the draft WHO roadmap, said the International Federation for Medical and Biological Engineering. They also asked that WHO expand its staff for medical devices and other non-drug related technologies by establishing robust professional teams in its headquarters and its regions.

The World Federation of Societies of Anaesthesiologists stressed the importance of safe affordable anaesthesia medicines to ensure safe surgery. They particularly noted ketamine and potent opioids, the availability of which can – and has – been threatened by legislation “that ignores their medical value-“ Opioids and ketamine are essential medicines for the management of pain, and an indispensable element of universal health coverage, they said.

Trained community pharmacists should be able to perform a series of roles such as providing advice on vaccines, administering them, and managing vaccination records, according to the International Pharmaceutical Federation (FIP). This would contribute to improving vaccination coverage, they said, adding that challenges includes regulatory obstacles, opposition by other health professions, and the lack of appropriate incentives and remuneration.