Non-communicable diseases (NCDs) such as cancer, heart disease and stroke, as well as road traffic injuries, are among the leading causes of death in cities – killing some 42 million people worldwide every year. A new report released by the World Health Organization shows how urban leaders can tackle these urban maladies through simple environmental design strategies and as well as food, tobacco and alcohol policy measures.

The report, The Power of Cities: Tackling Non-communicable Diseases and Road Traffic Injuries, suggests ten high-impact interventions for cities, based on WHO expertise as well as the experiences of 19 cities where the strategies have been tested in case-studies.

“Over half the world’s people live in cities, and the numbers are rising,” said Dr Tedros Adhanom Ghebreyesus, WHO Director-General in a press release about the initiative, released on the UN-designated World Cities Day.

“City leaders take decisions that impact on the health of billions, and for cities to thrive, everyone needs access to services that will improve their health – public transport, safe, clean and attractive outdoor spaces, healthy food, and, of course, affordable health services.” 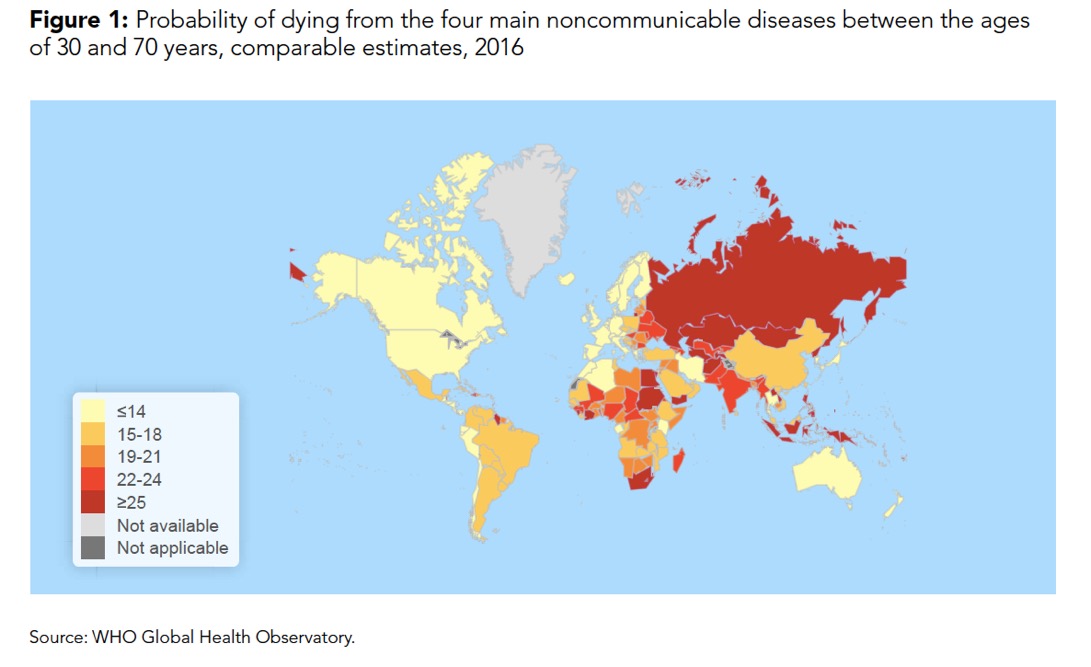 The report’s stated goal is to share knowledge and best-case practices between city leaders and help them to “identify at least one area which could be changed for the better.”

“By replicating the most effective measures on a global scale, we can save millions of lives,” said WHO’s Global Ambassador for NCDs and injuries, and three-term New York City Mayor, Michael Bloomberg.

“We’re working to raise awareness among city leaders and policy makers about the real gains that can be achieved when effective programs are in place.”

From anti-tobacco actions in Beijing and Bogor, Indonesia, to road safety initiatives in Accra, Ghana and Bangkok, a bike sharing scheme in Fortaleza, Brazil and actions to create more walkable streets that have reduced pedestrian deaths among older people in New York City by 16%, the report aims to share knowledge between urban policy planners.

Many of the interventions are based on the WHO’s Best Buys for NCD Control that list policies that can not only help countries reduce the health impacts of NCDs, but also their economic costs.  It is estimated that implementing such measures could help low- and middle-income countries save some US$350 billion by 2030.

The report was produced as part of a Bloomberg Philanthropies-funded joint initiative the Partnership for Healthy Cities, involving WHO and the global health NGO Vital Strategies. The partners are now working with city leaders to implement variations of the ten interventions in 54 participating cities around the world.

The initiatives covered some 216 million people in urban areas with at least one intervention to help reduce the risk of NCDs or road traffic accidents in 2017. On a larger scale, the city-level initiatives are contributing to fulfilling countries’ commitments to the Sustainable Development Goals – to reduce premature deaths from NCDs by a third by 2030, and to halving road traffic deaths and injuries by 2020.

“With most of the world living in cities, bold action by urban leaders has greater potential to improve lives than ever before… Increasingly, we see cities rising to societies’ biggest challenges – from climate change and road safety, to obesity and tobacco use. They are engines of change, able to move quickly to implement life-changing policies that affect great numbers of people,” said José Luis Castro, president and chief executive officer at Vital Strategies, in a statement on World Cities Day.

Along with the report, WHO has provided a number of technical resources to city leaders to help guide policy-making for NCDs and road traffic safety – for more information, see the report webpage.